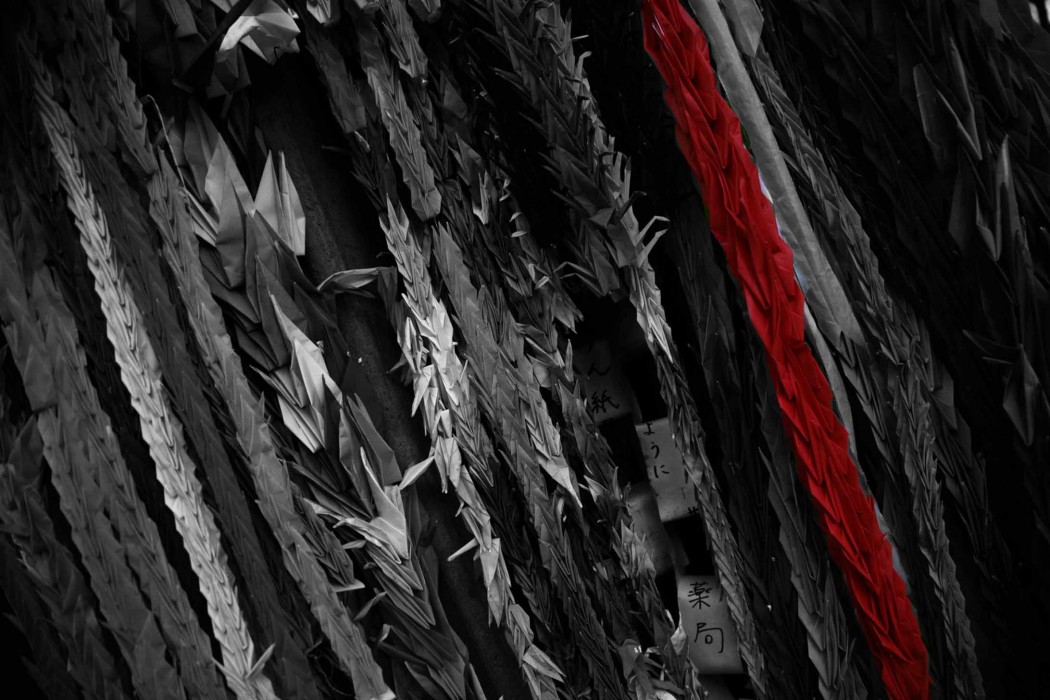 There is a Light and it Never Goes Out

My grandfather was in it from the very start, lying about his age so he could join up early. His first missions in the Second World War came on the notorious Russian Convoys, when British ships would navigate icy North Sea, around the Norwegian coast, sneaking past German forces to deliver supplies to the beleaguered Soviets.

Just 17 years old on those ships, my grandfather danced with the devil for another six years, fighting his way out of Europe and eventually into the Indian Ocean. It was there he met the Japanese for the first time.

It was only a couple of weeks ago that I learned about the origins of the “divine wind” to which kamikaze refers. Because of my grandfather, though, I’ve known the word since I was a child. Back then, there seemed something funny about it: a Japanese pilot, possibly with a bandana around his head, screaming the phrase as his stricken plane plunged into their enemy’s ship.

The reality couldn’t have been less amusing. My grandfather quickly forgave the Germans after the war, but couldn’t bring himself to do the same with the people of Japan. Not that his bitterness had any real consequences, tucked away as he was in the north east of England. Toyota and Honda perhaps missed out on a sale, that was about it.

Sadly my grandfather passed away four years ago, so I now don’t have the opportunity to ask him how deep his resentment went, or, more importantly, to find out what his opinion was of the joint nuclear bombings of Hiroshima and Nagasaki. Did he hate them enough to think the bombs were justified? Was he happy about it?

It can be easy to forget, but colossal amounts of racism was necessary in that war: you can treat your enemy in an inhumane way if you believe them to be inhuman. The average American in 1945 would have looked on the Japanese as base aliens, worthy of the worst punishment imaginable. And, on 6th August in Hiroshima and 9th August Nagasaki, that was precisely what they got.

When the first bomb erupted over the former, it was only the second time a nuclear device had ever been detonated by humankind; just a few weeks before Hiroshima, the US military conducted the Trinity Test in a remote part of the New Mexican desert. On watching the effects of their début device, developer J Robert Oppenheimer famously said he was reminded of a Hindu verse: “I am become death, destroyer of worlds.” His colleague, test director Kenneth Bainbridge said less poetically, but no less accurately: “Now we are all sons of bitches.”

They called the Hiroshima bomb Little Boy. Something about giving the first weapon of mass destruction such a childish name makes it all the more diabolical. Its target had been long-decided: Hiroshima had been strategically avoided during the Allies’ lengthy fire-bombing campaign in order that Little Boy’s fury could be better measured. The apocalyptic results they documented at Hiroshima and Nagasaki are the reason no other nuclear devices have been used in conflict since.

Over 90 percent of the city was physically damaged, never mind the radioactive contamination. If you added together all the people who died and Pearl Harbour in 1941, and all the victims of September 11th attacks in 2001, then multiplied that total by 25, you still wouldn’t have the total number of lost lives in Hiroshima alone. The Twin Towers coming down every day for eight weeks, that’s what happened here.

With such annihilation, it almost seems a moot point, but as happens with such depressing frequency now, the Americans missed their intended target; Little Boy unleashed the equivalent of 15 kilotons of TNT directly over a hospital. Looking at pictures of partially burned victims further away from the hypocentre, perhaps the hospital – the world’s original “ground zero” – was the best place to be.

Across Hiroshima most of the dead were civilians. Does that make them innocents? In times of total war, I’m not even sure there is such a thing. What is clear is that if Emperor Hirohito and the commanders of the Japanese forces had raised the white flag earlier, as the Germans had done several months previously, they would have saved many more of their subjects.

Instead, they behaved like deluded sociopaths. This was nothing new. A year previously Hirohito, who as Emperor was regarded as a living god, had issued a statement saying that Japanese civilians who committed ritual suicide would have equal-standing in the afterlife as soldiers who died in battle. An estimated 10,000 people duly ended their own lives when American troops eventually landed on Okinawa.

Little Boy and Fat Man (Nagasaki’s device) came only after a crushing, merciless fire-bombing campaign of most of Japan’s major cities (one of the major reasons so few of its original castles remain). That had claimed tens of thousands of lives, including Operation Meetinghouse, which outstripped both nuclear events as the biggest single-day loss of life in air force history. Japan hadn’t won a significant battle against the Allies for over a year. Her people were starving to death. It was a hopeless, useless cause, but the Emperor didn’t want to lose face, or his title (he wasn’t the only one – after final surrender, extremists attempted a coup d’état to renege on the peace deal) and so perpetuated the conflict.

Hirohito’s opinion changed after Hiroshima and Nagasaki. Through the chaos and broken communication lines, there’s a good chance the ruling powers knew what had happened: Japan had conducted research into its own nuclear device, though to Hirohito’s scant credit, he personally ordered the research be stopped for fear it would bring about the end of the world.

In contrast, following the Trinity research, and in spite of their foreboding, the Allies pushed on and were willing to do so even after they had unleashed the first two bombs. Following Nagasaki, American planes had travelled back home to pick up more. The prospect of a lasting nuclear campaign, added to the declaration of war by the Soviets, finally made even the Emperor and his commanders feel very human. The surrender was signed before the end of the month.

However, though Hitler bowed out in his bunker, and Mussolini was shot in the street like a common crook, Hirohito somehow struck a deal. With the blessing of American General MacArthur who wanted a puppet leader in place to pacify the nation, he dodged a war crimes trial and was able to live on in comfort as Emperor until his death in 1989. Japan seemed content with this resolution.

Today you wouldn’t know that nuclear devastation had ever come to Hiroshima, so complete is the rebuild. But the city is very keen to make sure visitors are well aware of what happened – its biggest attractions are the UNESCO listed A-Bomb Dome (a skeleton of a building preserved as it was immediately after the sky exploded) and the hugely detailed, often depressing, Hiroshima Peace Memorial Park and its excellent museum. Inside, information on everything from the start of the war through to its grisly conclusion is available in admirably neutral prose. Nuclear fission is explained, as are the stocks of devices held by countries around the world, including information on how many hundred or thousand times more powerful they are than the Little Boy. The phrase “nuclear winter” is defined. Elsewhere there are the charred remains of that August day; and on a lower floor, letters of protest written by various Hiroshima mayors to every world leader who has conducted a nuclear test since the 1968. The most recent was written to Barack Obama in June this year and was quick to reference the Fukushima disaster.

Outside, in the centre of the park there quivers an eternal flame, which symbolises the memory of all those whose lives were claimed by the Hiroshima bomb. It has been said that it will only be extinguished when the last nuclear weapon has been decommissioned.

That is unlikely ever to go out is to the detriment of us all.

A version of this piece was published as part of the Travel Volunteer Project in 2011.