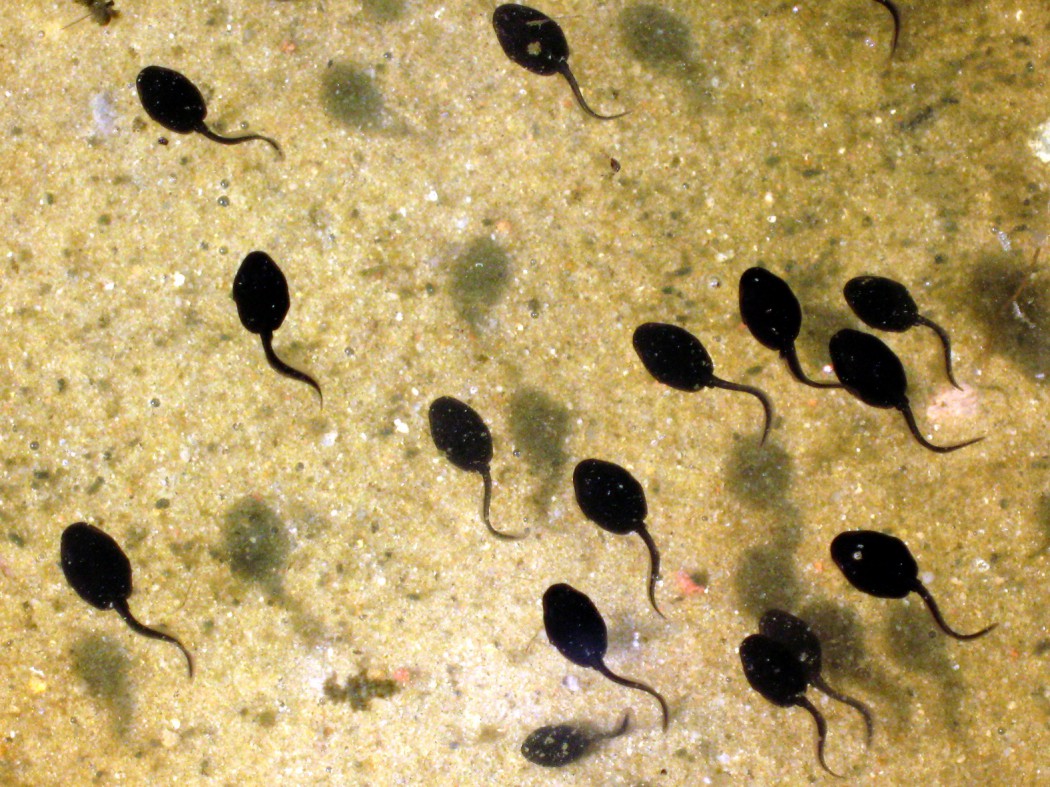 When I ejaculate and the cry of “Geronimo!” goes up and my boys – my beautiful boys – go over the top, it’s the equivalent of 6,100 London Marathons starting at the same time. It’s a mad, violent race in which there can be only one winner. You’d think it’d be an elite, if poorly attended event, but some of the competitors are downright lazy, others don’t know which way they’re supposed to go, and some are so deformed they’re not fit for a single stride. If they do get going, at any moment they could be dissolved by vaginal acid. It’s not easy, being one of my poor, dumb spermatozoa.

To compensate, man and beast alike produce billions of these miraculous tadpoles each year to try and tip the odds in their favour. But even with those astronomical numbers, logic dictates that the more are in marathon shape, the better our chances of fertilising an egg.

Despite this gory business being just about the most natural thing a man can do, looking at us as a whole, some studies say that the incompetent expendables are becoming more common – men are becoming less fertile. Last year, one French study argued that sperm concentration had dropped by a third over the last couple of decades, and that it’s continuing to fall by 2% every year. At that rate we’ll be facing a Children of Men-style infertility apocalypse within a few years. Perhaps, with a spiralling world population and mounting crises in food, energy, climate and water, this is Gaia’s way of thinning out our population, the Earth Mother rendering our sperm a useless paste in order to give herself a break.

Dr Magdy Asaad, clinical director of the London Fertility Centre (LFC), doesn’t think it’s as bad as all that: “The general impression is that male infertility is on the increase, but where is the evidence? There’s a story like this every year,” he tells me in his Harley Street office. This isn’t at all what I’d expected him to say. Last year the Telegraph ran a grim piece that prophesied a much bleaker outlook for humanity: “Doing nothing will ensure that couple fertility and average family size will decline below even its present low level and place ever greater strains on society,” it said, ignoring all that stuff about there being far too many mouths to feed as it is.

Dr Asaad seems much more relaxed, but does say we could be doing more to improve our fertility. “If you have a sedentary lifestyle, your circulation is not good, your health is not optimal, then, as a general rule, anything that improves your health will have a positive effect on your semen,” he says, never not professionally. “It’s all about balance and moderation, as well as a proper vitamin intake.”

We’re talking while I await the results of analysis of my own sperm. (If storks are said to deliver babies, let’s just say a magical humming bird extracted my sample and submitted it for study about an hour ago in the LFC Westminster clinic.) I’m 29, have no children, have never got anyone pregnant, and so have no real idea about whether or not I’m fertile. I have a fairly balanced diet, exercise at least three times a week and generally try to avoid anything that may damage my oysters. I’ve opted to have my semen analysed in order to better understand the strange microscopic messengers who may, or may not, carry my genetic code on to another generation.

The World Health Organisation (WHO) has set a number of parameters against which to compare my sample. When the results come in, the doctor tells me that while volume is fairly important (I submitted 2.7ml; the parameter wanted at least 1.5ml) more vital is the density of million sperm per millimetre. The good news is that the while the parameter is at least 15 million per ml, I have produced a mighty 82 million per ml, giving me a grand total of 221 million warrior sperm. On hearing of the size of my colossal army, I want to climb to the top of The Shard, beat my chest and howl across the concrete canopy.

But sperm counts are a complicated business, which is part of the reason it’s so hard to say definitively if overall male fertility is dropping. Of those 221 million, the majority (52%) are not motile. These scroungers sit around absorbing my heat, energy and love and yet aren’t willing to offer anything in return. Dr Asaad insists that this is normal – the WHO says only 40% need to be able to move independently. And besides, those of my legions who can move do so at a satisfactory speed.

So I’m well on my way in most categories, all except morphology. This is the shape of the sperm and, somewhat worryingly, I’m borderline in that just 4% have been correctly formed. To return to the marathon analogy, this means 96% – some 212 million – will compete in weird, encumbering fancy dress, if they bother to compete at all.

Between the immobile and those dressed as Mr Blobby, as little 2% of the total field could be regarded as contenders for their enormous, shambolic race. Again, Dr Asaad reassures me: we’re still talking about four million sperm. To put that in perspective, when conducting IVF treatment, he will only select around 50,000 to do the job.

In short, I have a lot of tickets for the lottery. However, there are things that I could do – that we could all do – to improve the stats. Owing to a fairly insane piece of design by Mother Nature, sperm can only be produced when the testicles are a few degrees cooler than the host body. That’s why, delicate and beloved as they are, balls have been destined to worn on the outside. Bad news for boy bands: if you squeeze into a pair of designer pants and skinny jeans, you’re effectively reversing that piece of evolution by incubating your increasingly useless plums.

Similarly, morbidly obese men, with distended, swaddling bellies, will raise the temperature of their crotch to a damaging level. Keeping cooler is thought to be key – a kilt-wearing tree surgeon hanging in the breeze is likely to produce more sperm than a portly long-haul truck driver. Anything that raises the temperature of the crotch will be bad for sperm production: extended use of a laptop, intense cycling, or as Gordon Ramsay argued a few years ago, cooking in swelteringly hot kitchens. It’s not all doom and gloom though: this heat damage is only temporary, so remove yourself from the harmful environment and, 70 days later (the amount of time it takes to make sperm) you’ll most likely be producing a more potent sample.

Much of the other fertility advice applies to anyone who wants to lead a healthy lifestyle: smoking is thought to decrease semen quality by 20%; heavy drinking is thought to cause poor morphology; an increased intake of fruit and vegetables coupled with less processed food is likely to be good practise. If you really want to be a parent, steal as many advantages as possible – this is the one race where you want Lance Armstrong heading up your team.

Part of the reason so much of this advice is speculative is down to society taking a long time to be willing to have frank discussions about male fertility. Few in-depth studies have been performed in part because of a lack of volunteers. Added to that, only now are we dropping the insidious attitude that the woman does the majority of work during pregnancy so if something goes wrong it’s, like, totally her fault, yeah?

“It’s much more open, compared to 10 or 20 years ago” says Saghar Kasiri, senior clinical embryologist at the LFC. “We have a lot more men coming forward to have these tests done, so the pool of data is quite different now. Some studies say yes there has been a fall in fertility; some say the comparisons are not like-for-like.” Clinics like the LFC have evolved to cut down on the awkwardness and embarrassment of the whole process. Privacy is prioritised and results come back within a couple of hours. As long as you can get it to the clinic in an hour, you can even produce your sample at home. Or if the humming bird/Eastern-European-girl-on-the-DVD-in-the-booth doesn’t work for you, you can take your partner into the cubicle for inspiration.

Between informed lifestyle choices and medical expertise, if anything male fertility rates should be on the increase. But still, Kasiri says that in around a third of cases where a couple are struggling to conceive, the problem lies with the man. “I think the problem has been with some cultures the social standard has been not to talk about it; you don’t discuss it, because it’s something that’s very private,” she says. “But infertility is an issue like any problem that can be referred to a doctor and taken care of.”

This piece was commissioned but not published by Shortlist, who later went out of business. I cannot say for sure if those facts are linked.