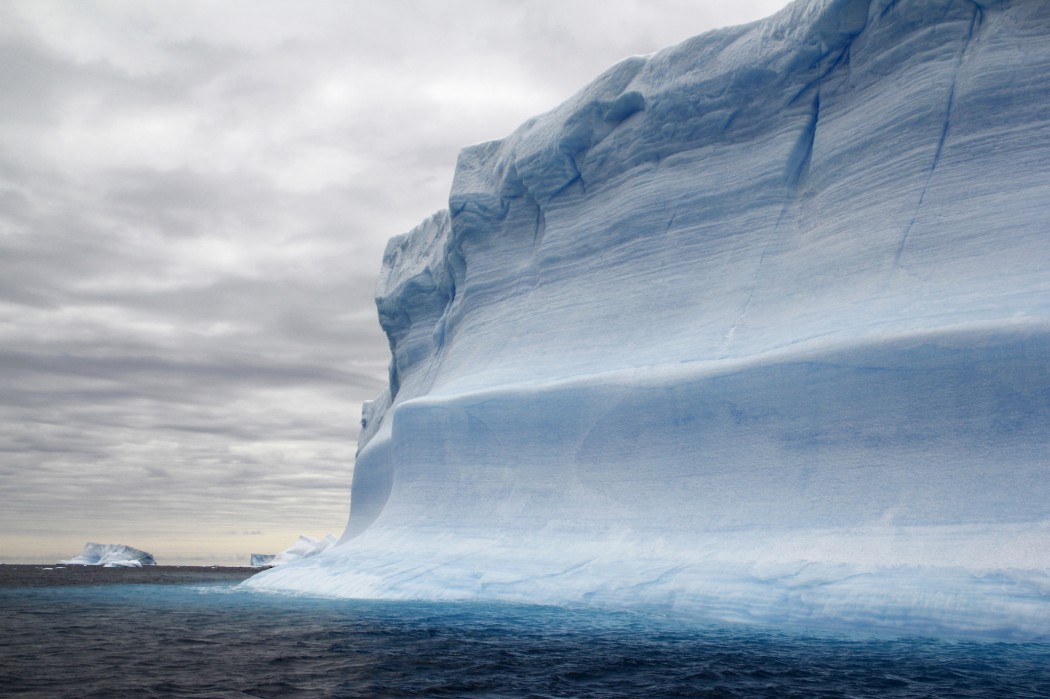 It is a question that barely needs asking, and one that is met with wild affirmation when it comes: “Ladies and gentlemen, we have received a radio communication saying that there are favourable ice conditions on the eastern side of the Antarctic Peninsula. That means we can try to reach Snow Hill Island on this voyage of ours. It is home to the only emperor penguin colony on this side of the continent, what do you think?”

When the clapping and clinking of glasses subsides, our expectations can hardly be tempered by the crew’s caveats: the famous penguins may have already left the island; the ice conditions might change en route; and this is only the second time in the history of the Antarctic Dream‘s southerly voyages that an attempt has been possible. The first one failed.

To the 56 cruise passengers on board this converted Chilean naval vessel, none of that matters. If there is even a slight chance of seeing the emperors then we are willing to take it. That they were never on our original itinerary – a classic route down the west of the peninsula – makes the attempt all the more appealing.

The adjustment in our route means that we will now approximately follow the Swedish scientist-explorer Otto Nordenskiold’s fraught 1902 expedition to Snow Hill. “The weather had changed as if by magic; it seemed as though the Antarctic world repented of the inhospitable way in which it had received us the previous day, or maybe it merely wished to entice us deeper into its interior in order the more surely to annihilate us,” wrote the Swede at the time, though he could easily have been writing on board our ship today. “At all events, we pressed onward, seized by that almost feverish eagerness which can only be felt by an explorer who stands upon the threshold of the great unknown.”

The following morning, our first stop on the continent proper is at the Esperanza research station, in Hope Bay, so named because hope was the only commodity available to three crew members stranded here when Nordenskiold’s expedition turned to disaster. The captain and five others were successfully dropped off on Snow Hill Island, farther south, but it was as his ship, The Antarctic, tried to return to the Weddell Sea the following spring that it was caught, crushed and sunk by sea ice near Paulet Island. Three volunteers rowed back here to try and raise the alarm, the rest stayed on Paulet.

While the Swedes survived the long nights of winter by building a stone shack and roasting penguins, the 10 families who are semi-permanent residents in Hope Bay today have a school, a small church and, improbably, a tiny casino. In 1978 Emilio Palma was born here, the first human ever to enter the world in Antarctica.

His birth, coupled with this continued habitation, was intended to bolster Argentina’s claim to a slice of Antarctica, part of which overlaps with territory claimed by Chile. The reason why they’d want it is complicated, but the White Continent was once very green and it is not unreasonable to believe that there is an ocean of oil beneath its protected, frozen crust.

Whatever their government’s motivation, the residents of the Esperanza station enjoy a relatively comfortable life, especially now during the austral summer when it never gets dark and average temperatures nudge just above freezing.

Conversely, in 1903, when Nordenskiold was finally reunited with the men who had wintered in Hope Bay, he thought he had discovered an aboriginal people living in Antarctica. Trudging through the void several kilometres south of this spot, the captain saw three figures on the horizon and believed that the black-haired, dark-skinned men were of a native tribe. But when they greeted him in Swedish, the greatest scientific discovery of the age was discarded. Instead, by pure chance, he had stumbled across his countrymen, who had been staggering south in rags, swarthy with penguin soot, making a desperate attempt to find the rest of their party. The spot of this miraculous rendezvous is still known as the Cape of Well Met, and is one several important sites of one of the most unlikely and least-told accounts of polar survival.

It’s a fantastic tale in a place where the extraordinary is the norm. It’s no surprise that Antarctica is the coldest continent but it’s also the driest, windiest and highest. The average altitude is higher than Asia despite the Himalayas and neighbouring South America, home of the looming Andes. In theory it should be higher still, but the weight of the ice that blankets everything compresses it into the Earth.

Meanwhile, the sea is laden with colossal tabular icebergs that are much larger than the one that sunk The Titanic. In fact, many would dwarf The Titanic itself – in early 2010 a chunk of ice larger than Rhode Island snapped away from the Ronne-Filchner ice shelf. It eventually broke up and floated into the Weddell Sea, where its remnants still stand 40m above sea level, their lengths measured in kilometres. While the warming sea has made our journey possible, it’s also viewed by some of the crew as a further sign that the global climate is changing, and that this part of Antarctica is suffering the most dramatic changes first.

As icebergs tower over our ship, bobbing along on the clearest sea in the world, they look like floating shopping malls. The white down here, the whitest white imaginable, is consistently brilliant, but the blues are otherworldly. Just below the surface of the sea, in the guts of these great bergs, there is a blue that no passengers can remember seeing before. It’s as though it can only exist here, far from humanity, like some delicate, endangered flower. The light does strange things too, especially at dusk/dawn when sunset and sunrise roll into a single inferno of peach and gold that lasts for five hours. Every day Antarctica shows us things we’ve never seen before.

That has all given way to a flat leaden sky the next morning when we reach Paulet Island, home of the second shelter built by the survivors of The Antarctic. Nordenskiold’s mission had been split into three – the trio in Hope Bay, the survivors here, and the captain and his scientists, stranded on Snow Hill. With no way of communicating with each other and no idea if they would be rescued, they simply had to endure and pray and not lose their minds.

The ancestors of the 200,000 Adélie penguins (and the odd Weddell seal) that greet us on landing provided sustenance for the Scandinavians, and after more than nine months here, the party lost only one man, Ole Wennersgaard, to a heart attack. Remarkably, no one went hungry, nor died of exposure.

Our experience could hardly be more comfortable. Fat from a three-course lunch, we venture onto a rocky beach to make our way through the teeming penguins. “They look like mad men, staring at you intently, trying to warn you about some mortal danger,” says the boat’s resident ornithologist Rodrigo Tapia with no small amount of theatre.

These days, while humans don’t regard the Adélies as a potential meal, the patrolling leopard seals think of little else, especially when new chicks take to the sea for the first time each spring. Before that, adult penguins have to fend off swooping attacks from wicked skuas that constantly seek their eggs. Life here is hard down here, for man and beast alike.

Paulet is a noisy, chaotic place, quite at odds with so much of the silent continent. For most of my time in Antarctica, it’s a picture of serenity, and never more so than later in the evening when I find myself standing on the bow of the ship, completely alone. As we continue south, chunks of soft ice are easily bunted and crushed by the Antarctic Dream, which isn’t an icebreaker, but does have a reinforced hull. Watching them shatter below I mutter: “The Titanic says ‘hello’.”

Ahead, Snow Hill sits on the horizon. Nordenskiold was forced to spend two winters on it when The Antarctic failed to return. Yet he kept everyone alive there too, and despite everything they endured, the voyage was eventually viewed as a success: spending so long in Antarctica allowed them to compare year-on-year data, and to make dozens of new geological discoveries. As the Swede’s mission was only ever scientific, he would look back on the whole thing with satisfaction, even though the Swedish government effectively bankrupted him by sending him the bill for his eventual rescue.

More than 100 years later, Antarctica still has little regard for the will of man. Though our target destination – and quite possibly a huge rookery of emperor penguins – is within sight, the Weddell Sea’s ice gets gradually thicker and more compact. Nudging small icebergs into open water is one thing; pushing them into each other produces a different kind of impact altogether.

At around 2am, standing alone in the golden glow of dawn (or possibly dusk) I am the first to be heartbroken when Captain Ernesto Barria orders the ship to turn around. I turn to face the bridge, open handed, to say: “What gives?” But I already know there’s no way we can continue. As recently as 2007 the MS Explorer, a dedicated Antarctic tourist ship, was sunk through a combination of hard ice and an inexperienced captain’s poor decision-making. Everyone on board was rescued, but it was a close call. Captain Barria makes the only decision he can and we turn north to safety.

As the last few days of the expedition play out we have close encounters with humpback whales, become mobbed by thousands of gentoo penguins, and are consistently undone by the beauty of the world’s least populated continent. Before long, our disappointment starts to fade. And, in a way, it seems appropriate that despite all our modern advantages, it was ultimately Antarctica that dictated our journey, just as it did for Nordenskiold and his men.

On the last morning, I read one of the ship’s many books on Antarctic exploration and find that our captain was placed in a virtually identical situation as the great explorer Ernest Shackleton during one of his nearly-but-not-quite expeditions to the South Pole in 1909. “I must look at the matter sensibly and consider the lives of those who are with me,” he wrote. “I feel that if we go on too far it will be impossible to get back… Man can only do his best, and we have arrayed against the strongest forces of nature.”

A version of this piece was published in The National in January 2012.