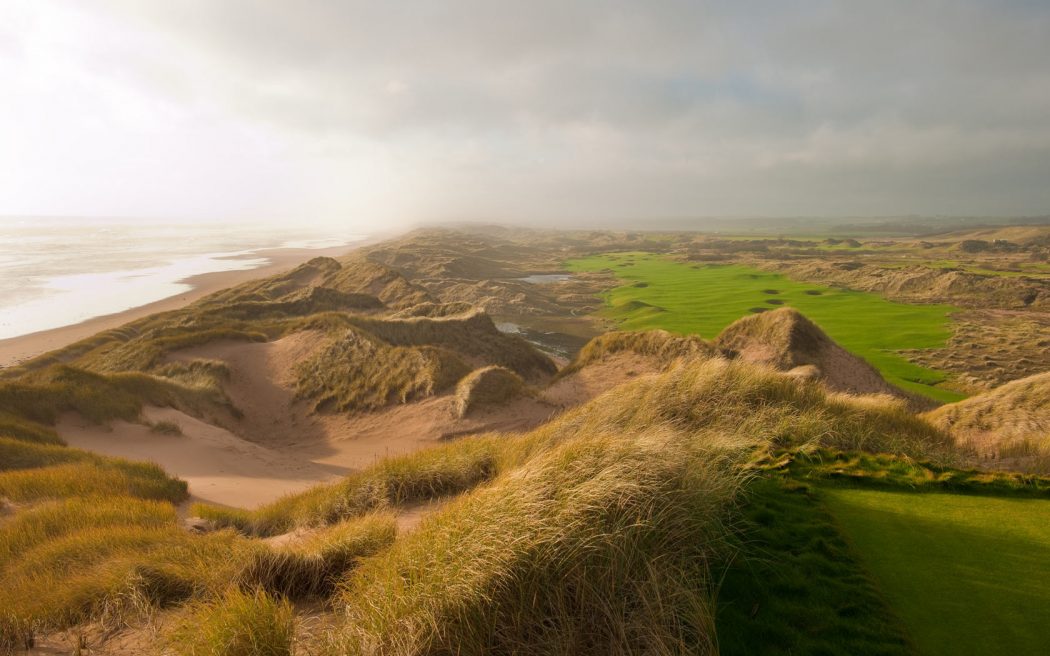 The Swings of Scotland

Robert Charles McInroy and I have been playing a game together for half our lives. The setting may change, so may the conditions, but the result is always the same: he wins. This is bad news for me as our standard wager is GBP 1 million; I owe him roughly the GDP of Belize. We’ve been playing golf with custom golf balls so long that it’s not a competition anymore – given the vast gulf in our abilities I’m not sure it ever has been – but so far as I can tell, and despite those mounting debts, we both still enjoy it.
When we are on the golf course, we are simpatico, almost symbiotic: one gets the flag while the other lines up their putt; one repairs their pitch mark on the green while I look for my ball; flatulence during a backswing is verboten. Play golf with someone long enough and you get to know a lot about them – and since he started teaching me the game in the year 2000, Robbie and I have played a lot.
Yet, as the cliché goes, there’s a first time for everything and for us, that is the considerable matter of debuting at the fabled St Andrews Old Course. Getting a tee time here is a fraught, complicated business that requires either paying a huge amount of money to an agent, or queuing in the predawn light, or being a resident of the famous town on Scotland’s east coast. In almost all circumstances, visitors don’t play alone – the demand for the world’s most ancient course means that four players will often tee-off at the same time, behind four in front, with another four following shortly behind. The Old Course hosts over 45,000 rounds a year – well over 100 a day – with people travelling from all over the globe to have a go.
Lots of players mean lots of other people too – play the Old Course at any time of day and you’re guaranteed an audience. In front of a gallery or 50 or so people, Robbie and I are introduced to our playing partners for the round (Americans Jeff and Steve, amiable men with big handshakes and expensive golf gear) before being asked to start the round. We’re both worried that we haven’t had a chance to warm up properly, much less take in the moment, but after Jeff and Steve send their balls bouncing down the wide fairway, we’re moved on to the point of no return.
Robbie does what he almost always does, smashing the ball into the great beyond, so far it almost reaches the iconic burn 330 yards away. I’m next to go, so I take a deep breath, focus on the wee white ball, turn my shoulders, rotate my hips…

A version of this piece was published in Etihad Airways’ Aspire magazine in August 2016.