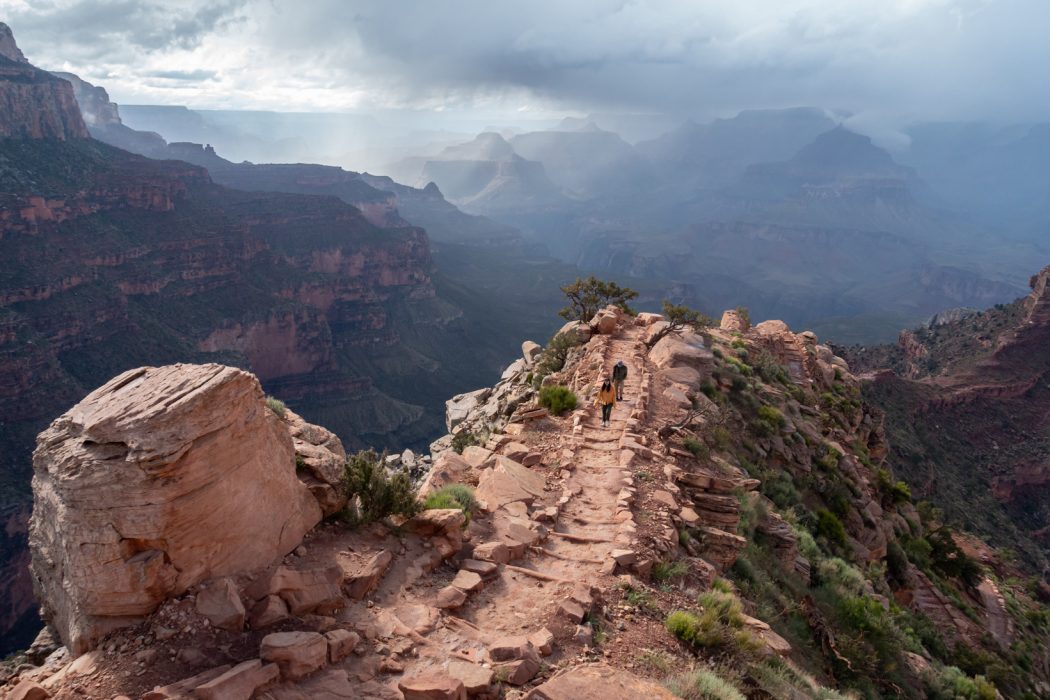 Vail in the off season is a strange place to be. Through winter, it is one of the busiest, most expensive places in America, the resort dozens of US Winter Olympics athletes choose to call home. The glamour and buzz are much harder to imagine in early summer, when Vail becomes sleepy to the point of being comatose.

I’d nonetheless decided to make it the first stop on what will be a 3,000-mile road-trip for myself and my friend Robbie McInroy. My plan is for us to complete a vast loop, starting and ending in Denver. After our flights from Glasgow to London and then on to the Colorado state capital, we could manage no more than the two hours it took us to drive here last night.

Partly because of the length of the first leg of our journey and partly because occupancy (and prices) were well down in summer, our accommodation in Vail is the nonsensically grand Four Seasons. It feels like we almost have the entire place to ourselves – with a private gym and 25m swimming pool, two mad old lairds bumbling around their Highland estate wondering where the staff has got to.

“You know,” I say through forkfuls of what will be several grotesquely large American breakfasts, “it’s not always going to be like this. We’ll have to stay in some motels, too.”

My travelling companion barely looks up from his own breakfast-for-two-or-three. Partly because I am on assignment, and partly because this is a holiday for Robbie, I have taken charge of the planning and will do all of the driving. He cares about what we’ll see along the way, certainly, but I will get all the credit or blame for whatever happens over the next two weeks.

Cannabis wasn’t originally on our itinerary but driving west towards Grand Junction and the border with Utah, it’s impossible to completely avoid. Along with Washington, Colorado was the first US state to legalise marijuana in 2012. Since the legislation came into force in early 2014, it’s been a massive growth market – on our drive along the I-70 we see endless billboards advertising dispensaries named things like The Tokin’ Tipi, Tumbleweed and the Colorado Weedery in Palisade which, its sign insists, is the last one before Utah.

We stop in for a look and the most remarkable thing about the place is not just how busy it is, but how varied its patrons are. Men and women, young and old, most races admirably represented.

Bob is working the door and is happy for us to register and look around. “We got a little push-back at the start,” he says, looking up from his computer, “but in the six months of opening, this place collected 75 percent of all the taxes in this town. Say, when’s it going to be legal where y’all are from?” I suggest possibly if Scotland becomes independent, without having any idea if that’s actually true.

It’s under an hour from Palisade to the Utah border, the Mormon state which is decidedly less relaxed about drugs and alcohol. However, what it lacks in liberalism, we will soon see it makes up for with scenery. The change from mountainous, green Colorado is almost immediate, with a yawning golden desert waiting for us and reddish mountains peering over the horizon.

Turning south off the I-70, our next stop is to be Moab, but before we can get there, we are pulled over by the police. Unbeknown to me, the speed limit had dropped significantly when we swapped the interstate for a highway. We are apologetic and polite and smiley, all of which probably help with the highway patrolman, but none of which matters more than our whiteness. Before we’ve even been waved off, we’re thinking how differently it might have gone had we been Black, Hispanic or Muslim.

By the time we get to Moab, there’s not much time to fret about the systemic failings of American society – not when there’s a huge national park sitting on the edge of town, just waiting to be visited before sunset.

If our trip is to have any real theme – apart from insulting each other and weaponising flatulence – then it will be national parks. Moab has just 5,000 residents but it sits between two parks – Arches and Canyonlands – both of which have scenery as astounding as their names are unimaginative.

The arches which give the first park its name are almost all best visited by car, each the result of particular, peculiar combinations of sandstone erosion, making the whole place look like some sort of gigantic drive-through sculpture gallery.

Just on the other side of Highway 191, Canyonlands National Park is so enormous it’s essentially split in two, the landscape too complicated and too beautiful to have another road tearing through the heart of it. Robbie and I spend a day hiking around, following routes marked only by cairns. When we come across a wicked looking but essentially harmless bullsnake, we’re both relieved and disappointed that we’d never find anything like it slithering around in the Trossachs.

It would be easy to delay longer in Moab, but we’re greedy to squeeze in as much as possible, so after barely two days we push south, all the way past the gorgeous Monument Valley (which somehow isn’t a national park) and eventually to the outskirts of the Grand Canyon’s south rim.

America’s second-most visited national park is celebrating a century of that particular designation this year, but of course people were coming here long before the National Park Service saw fit to recognise it. Most of them – from the Native tribes who still regard it as sacred, to the Spanish Conquistadors searching for El Dorado – would have had better weather than Robbie and I get.

Despite it being May and despite us now being in the famously hot and dry state of Arizona, we spend our time at the Grand Canyon being variously pelted by hail, covered in snow, and drenched by squally showers.

The next morning, the snow is so widespread and the mighty canyon so full of fog that we decide to push west early, driving the four hours it takes to get to Las Vegas.

On leaving, it seems utterly bizarre that such a grotesquely manmade place sits so near so many national parks, but when we eventually leave, nauseated and exhausted, we’re glad that Zion is in such close range. It too is celebrating its 100thyear as a national park in 2019, but for us, visiting has enough of a restorative effect that we can force ourselves further north once more.

With time now feeling like it’s against us, we have to make a big effort to get through Utah again, crashing at a forgettable motel in the unremarkable town of Provo, before moving on to Jackson, Wyoming, where we arrive late afternoon the following day.

Like Moab, it too sits near two more national parks, but whereas Moab had the feeling of a large Wild West service station, almost everything about Jackson speaks to opulence. There are posh supermarkets and fancy boutiques, real estate agents quoting extraordinary prices for holiday homes and specialist shops selling expensive outdoor gear.

Without leaving town, the reasons for all this are pretty obvious – the staggering peaks of Grand Teton National Park are within sight of Jackson and, another hour or so on from them, perhaps the most majestic of all America’s magnificent outdoor spaces, Yellowstone.

The great Scottish-American explorer John Muir is probably most closely linked with his pioneering days in California’s Yosemite National Park, but he had a strong appreciation for Yellowstone, too. I could tell you about our time there, about the bears and the bison, the geysers and the waterfalls, and about our epic drive out all the way to the splendid Red Reflet Ranch where we spend our final two days before getting back to Denver. I could tell you all of that and more, but none of it would sound as poetic or epic as the words of Muir, who grew up a galaxy away from these landscapes in Dunbar.

He had been blown away by the park’s geysers (“white torrents of boiling water and steam, like inverted waterfalls… rushing up out of the hot, black underworld”) but for him – like us – the experience of being in Yellowstone, and perhaps all of America’s national parks, represented something more: “However orderly your excursions or aimless, again and again amid the calmest, stillest scenery you will be brought to a standstill hushed and awe-stricken before phenomena wholly new to you.”