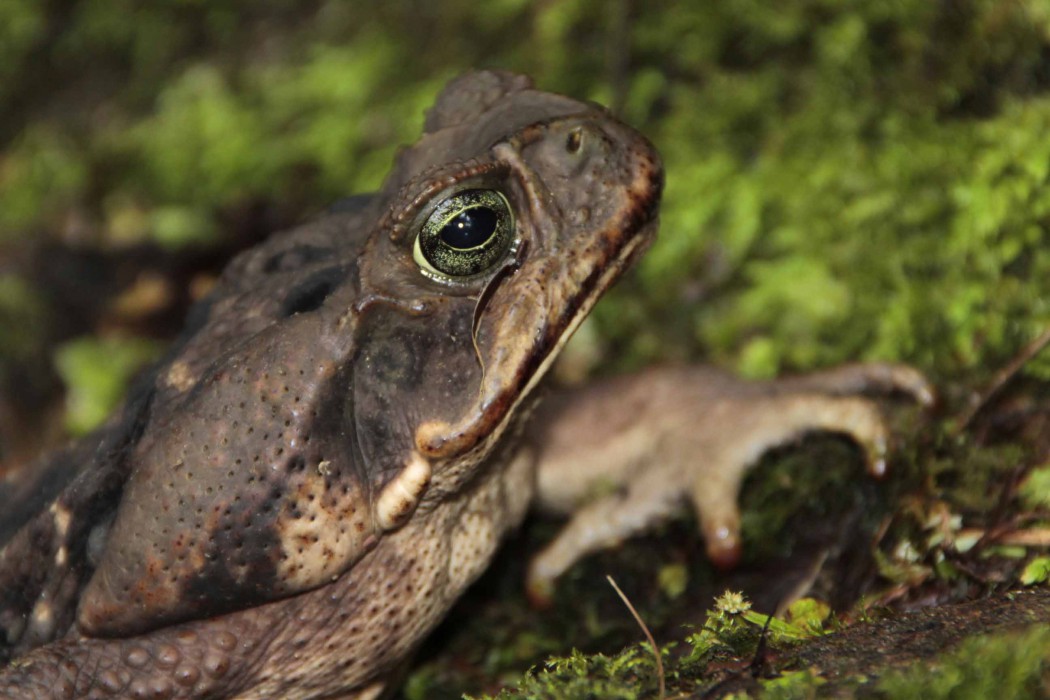 History seems only to commemorate those who achieve the greatest triumphs, or commit the most heinous deeds. Falling between the gaps – or accidentally straddling them – often leads to obscurity. Take the nameless souls who discovered Colombia’s Ciudad Perdida (Lost City) in 1973, men who spent weeks in the jungle, fighting off poisonous snakes and clouds of mosquitoes, eventually discovering one of South America’s most important archaeological sites.

Unfortunately, they then immediately set about ruining their chance of greatness by stealing everything of value. They didn’t stop until almost three years later when news of the find filtered back to the real world.

While the theft may have seen their names stricken from history books, and ruined large parts of the site for dedicated archaeologists, their initial pioneering did at least open up this ancient place to the modern world.

Now, 25 years since its “official” rediscovery, the Lost City receives hundreds of visitors a month, which, as my legs quiver beneath me, seems like an awful lot of masochists. Half an hour after leaving humanity behind, having zigzagged through a river twice, I am at the back of the group as we make our first big ascent into the deep green.

Tours have been taking place since 1994, but the route has changed little since the early days and the ruins can only reached via a five-day hike over 50km of testing jungle terrain. The ferocity of the mosquitoes remains as undiminished today as it was when the ruins were built by the pre-Colombian Tairona civilisation some 1,200 years ago.

To combat the insects, I am doused in Repel 100, a diabolically powerful repellent that claims to be made from 98.11% DEET. The others in my group marvel at its toxicity: the brand seems to be only available in America and is likely illegal in several states there. Rubbing it on my skin feels like marinating myself in ethanol, and not only do I stink, but the concoction is making me uncomfortably warm.

Now we’re trekking uphill, out above the canopy, this chemical heat is joined by humidity. I can feel every vein in my body bouncing to the same rhythm, I know my face is glowing crimson and this, I presume, is what it’s like to die in a microwave.

After an hour of climbing, we stop at a clearing to listen to our guide, Edwin Rey, talk about how this area inside the Sierra Nevada de Santa Marta National Park is changing. Just a few years ago, this view would have looked over a sea of coca plants (until recently, it was rumoured that foreigners could even go on a tour of a cocaine laboratory) but then President Uribe implemented a plan to pay the farmers a subsidy to grow something else. Today, the valley is awash with coffee farms and cattle. For now, this area is winning the battle against cocaine production.

The second day starts with another enormous hill, and legions of army ants that bumble across the path with neatly-cut leaves, like wind-surfers struggling with little green sails. Thankfully, they’re not the only distraction from the pain of hiking. Unlike in many of the world’s wild places, here the jungle theme music is almost exclusively pleasurable. Some of these unseen birds are tuneful, some are comical, and one tumbling-then-crashing cry sounds uncannily like an 8-bit computer sprite losing its life.

We clamber over the summit, skirt across a plateau, then plunge back into the jungle, taking hourly breaks for fresh fruit and water. As on the first day, the group reaches its destination after just four hours of very intense, impossibly sweaty walking. Literally every stitch we wear is soaked and with the permanent humidity of the jungle, nothing will truly dry until we are back in Santa Marta, our starting point.

As the region’s most experienced Lost City guide, Rey leads our group as a merciless pacesetter, only joined by dedicated hikers and speed merchants, an international group that often includes everyone except me. It’s not until the close of our third day of hiking, as we find our spartan accommodation just on the outskirts of the Lost City, that I get a chance to sit down to talk with him properly. Having given my clothes and skin a perfunctory scrub in the nearby river, I find the 50-year-old Colombian sitting under a corrugated iron roof.

His surname translates as King, but that’s about Edwin’s only regal attribute. He talks a lot with his hands, and with sound effects, to cut down on the amount of translation required. Despite the language barrier, I like him immediately. The fact that he is absolutely expert on his subject matter helps too.

Edwin has officially been coming to the Lost City since Turcol Tours pioneered hikes here in the mid-1990s, but his connection to the place goes back way beyond that. His father was with the original anthropological and archaeological groups who studied the place and, Rey concedes with a smile, was probably here before anything “official” was going on at all.

Rey junior (Prince?) was working as a financial controller for a construction company in Santa Marta until Turcol opened their route but it wasn’t long before he changed careers to literally follow in his father’s footsteps. Other than fairly standard perils of the journey (accidents, snakes, Israeli backpackers erroneously thinking that eating wild mushrooms will always result in magic) everything went smoothly until 2003.

Ostensibly, Edwin Rey’s involvement with the infamous kidnapping of 15 people from within the grounds of the Lost City was the briefest of everyone. On that day eight years ago, an armed group of guerrillas approached the trekkers, escorting them away under the pretence that there had been killings nearby – the group needed come with them if they want to live.

The ruse didn’t last long. Soon Rey was tied-up, taken away from the rest and locked in a hut. Alone in the dark, he reached the conclusion that if he hung around, he would be murdered; a poor local guide is not worth much political currency.

So this being real life, and Edwin not being Rambo, he did the only logical thing he could – he freed himself, scrambled out of the hut and ran for his life. He spent the next three days in the jungle believing the kidnappers were pursuing him. To throw them off the scent he followed a circuitous route back to Santa Marta, initially surviving by drinking from rivers and eating wild bananas and guavas. That night, unsure of where their loyalties may lie, he tentatively approached the home of an indigenous Kogi family with the story that he was looking for a lost tourist. The natives gave him shelter, as did another house on the second night. By the end of the third day, he limped into Santa Marta to tell the police what had happened.

To his astonishment, he got there only to discover that he was late – a fellow guide and five hostages had been deemed politically unimportant enough to be released. Having taken the direct route back to town, they had already raised the alarm. Any relief Rey felt at their safe return was quickly extinguished when he was handed over to notoriously brutal paramilitaries for questioning. How was it he had escaped alone? Why hadn’t he hung around? Why didn’t he have any tourists with him?

The eye of suspicion weighed heavy on the married father of one, so much so that after 45 days of retirement (the other guide never returned to work) Rey found himself back in the jungle to appease the investigators. Not that this gave him any comfort: the guerrillas were still in the hills somewhere with eight hostages. They knew Edwin’s face and, thanks to local newspaper reports, possibly his name too.

These days, Rey is asked to tell the story so many times, he couldn’t forget it even if he wanted it to. And I get the impression he really wishes he could. At one point on the trip, a man with a machete walked past our hut and didn’t answer Rey’s first four or five calls to get his attention. Our guide sat bolt upright, trying to get a better look, on the brink of panic, until the man popped his head in the door and offered a casual “hola”.

Mark Henderson, a British hostage who was one of the final five released by the guerrillas (all were done so without being harmed) after 102 days, recently made a feature-length documentary about his experience. Rey refused to take part in the making of My Kidnapper. When the production team offered to send him a DVD of the final edit anyway, he refused that too. Even for a king of this jungle, some traumas run too deep.

These days, he is looking to put it all behind him, which is difficult as tourists often book with Turcol and ask for him by name. Instead, he’d like to write a book on the history of the Ciudad Perdida. I have no idea of what kind of writer he may be (especially as he stubbornly refuses to learn English; he does at least speak to we gringos in such beautifully slow, accent-free Spanish that  I can follow what he’s saying) but probably knows more about this place than any man alive.

The number of people trekking to the Ciudad Perdida is increasing every year, partly because of a post-kidnapping security shake-up, and partly because there is an increasing feeling that places like Machu Picchu have evolved into some kind of Incan Disney Land.

After an early breakfast on our fourth morning, we wade across a river five times to get ourselves to the bottom of a flight of 1,200 mossy, slippery stairs. Staggering to the top, we finally see that life here couldn’t be more different than its nominal rival. One of the Mountain Battalion soldiers sells a couple of drinks from a cooler almost apologetically, but other than him and a few camouflaged comrades in the background, we are the only people here to explore the ruins. The morning sunlight steadily devours the valley clouds and we are treated to all of the ancient settlement’s splendour. Sticking its balding head out just above the trees, Ciudad Perdida looks halfway between the mountainous settlement of Machu Picchu and the jungle-fodder of Angkor Wat. Between its emptiness and the ragged, partial clearing of the site, there’s a feeling that we are the ones discovering this aged place for the first time.

So far as being a tourist attraction, there’s still a good deal of work to be done. There isn’t a single sign explaining what we’re looking at, for example, and of the estimated 169 terraces that are found in its territory, only a fraction have been uncovered and cleaned. But the rawness of it – the toads leaping up broken stone stairs, the tree roots gripping ancient walls with arthritic fingers – is what makes it magical.

As we turn for home, trying to cram the first three days of trekking into just a day and a half return, it seems a pity that there’s no one to thank for its discovery. Instead I decide to thank Edwin – I just have to catch up with him first.