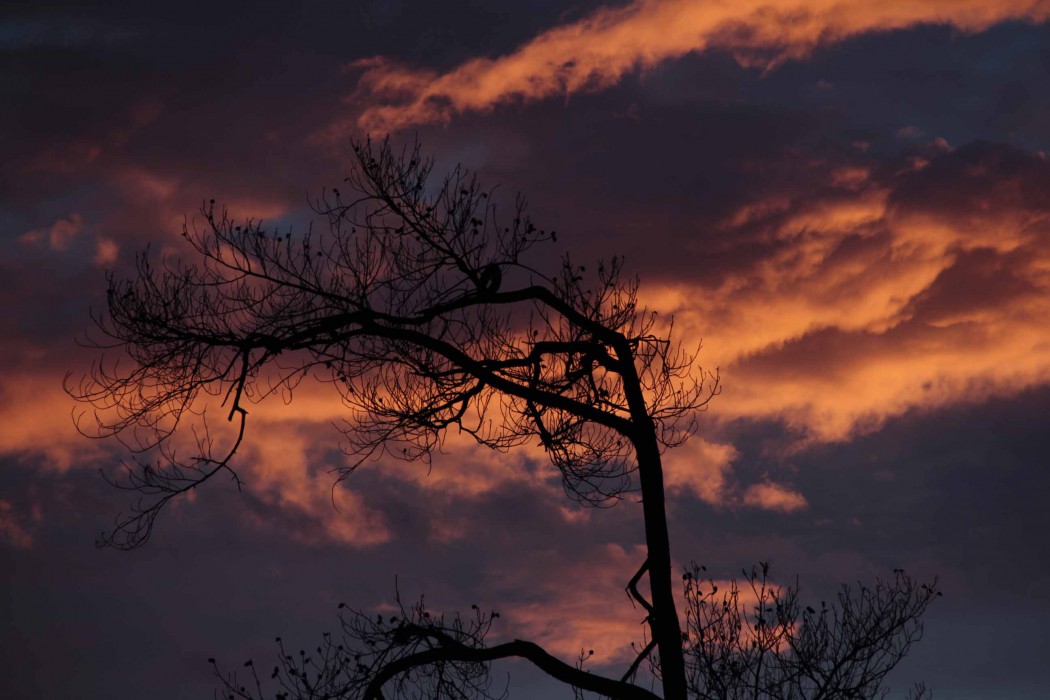 If I knew him better, perhaps I would interpret the triumphant look on Mr Ku’s face as something other than smugness. The little Laotian has obstinately bested my haggling efforts and I must hand over 600,000 kip (about $35) for three days use of two Honda Wave 100cc motorcycles.

His friends call him Mr Ku, but mostly he’s known as Mr Kip, owing to how often he wins these little duels. Whatever his name, his reputation has spread far: backpacking through Asia, I first heard his name from a Canadian in China, then later from a disgruntled Spaniard in Cambodia.

Now, along with my partner Katy, I’m in the central Laotian town of Tha Khaek, negotiating lease terms on his doorstep. Ku/Kip’s infamy comes from his position as de facto gatekeeper to The Loop, a 450km, semi-organised death-ride through rural Laos. For our money we will get the keys to the two bikes, “road-side” support from a network of mechanics he knows along the way, a map of the route and – crucially – a motorbike proficiency course.

It may only last about seven minutes, and Ku may ultimately give up with my floundering, but the tuition is essential. Katy has few such problems: the daughter of a dedicated Harley owner and sister to a semi-pro motocross rider, her earliest memories are of haring around on a Suzuki. (This bike-based upbringing would also turn out to be important.)

Within a few minutes of leaving Tha Khaek, we are out in the glorious countryside. With a semi-automatic bike, nothing more than a tap of the foot is required to flick through the gears. Bike 37 seems to handle well, the sun is shining, and the Laotian landscape is radiant. Ungainly karst peaks lurch up over the empty, meandering roads and kids bid us a cheery “sabaidee” (hello) as we pass. We have enough time to make a couple of detours to limestone caves buried beneath the peaks, paying a nominal fee for entry, then a bit more for ice lollies.

As a début rider, I find the whole experience exhilarating. All of my senses seem heightened, I don’t have the boxed view of being in a car, nor do I have to deal with the toil of cycling. Smothered in sun cream, we are happy – or at least until I take the time to have a closer look at my bike. Perhaps old number 37 isn’t the road warrior I was led to believe. My fuel gauge says I’m running on empty, but I know it’s almost full. I look at the rest of the display and quickly discover that virtually all of it is kaput. In fact, the only thing that does work are three lights of five to let me know which gear I’m in. How did I not notice any of this before?

Most disturbing, though, is the mileage, frozen at 31009.7km. It’s like a Hiroshima wristwatch – what cataclysm befell the driver at that point? And how many miles has this thing done since?

I try to put my worry to one side and after two hours of beautifully smooth road, the bigger question is: what’s the big deal about the Loop? Barely mentioned in most guide books, the route is pretty, but it’s hardly the infamous challenge we were led to believe. Logbooks back in Tha Khaek were full of complaints: too dusty in the dry season, too muddy when it rained; one Dutch couple gave in and had to be rescued by a local with a lorry. And yet, at this moment, such travails seem like a laughable impossibility to us.

In fact, the thing causing us the most discomfort is the heat. We top up our sun cream, but with another couple of hours until we get to Tha Lang, where we will spend the first night, we both feel unmistakeably burnt.

We motor on to the town of Yommalat and stop to examine ourselves. In three hours, my arms have gone from tan, to mahogany, to red, to purple. Katy suddenly has the nose of a terrible alcoholic.

We look at our off-brand Thai sun cream: we have been swindled. We’ve essentially been basting ourselves.

It couldn’t have happened at a worse time – this is technically the rainy season, but today there isn’t a cloud in the sky, and though there are pharmacies in towns like Yommalat, not one of them has anything close to sun block. In weather like this, the locals simply stay indoors or cover up, neither of which are options for us.

We decide to hurry on to Tha Lang and just as we get to the edge of town things plummet from bad to worse. The tarmac has given way to a smooth dirt road and, perhaps because of this transition, the chain slips from my bike. I hurriedly jump off and put it back on.

Four or five slips later, we accept that the bike is dying. Luckily there is a mechanic’s hut nearby; unluckily he is out of town. Nonetheless, his wife and children are willing to give the repair a go.

I get Mr Ku on the phone, who proceeds to mercilessly haggle over the price with the woman, much to my embarrassment. She finishes the work and I barely have the heart to tell her that she has clearly put the back wheel on at an angle. Just when I don’t think things could get more difficult, the heavens open. It is rainy season after all.

We awake in a nameless Tha Lang guest house with our hands feeling as though we have been playing lucky dip in a deep-fat fryer. Down but not defeated, we must now take the bikes through the Loop’s most testing section. There are 62km between Tha Lang and Laksao, along a stretch of road which is classified as being only suitable for four-wheel drive vehicles, and said to be totally impassable in rainy season.

But again, things start very smoothly as we pass through some eerie dead forests, the petrified, blasted ruins of incessant logging in this part of the world. It looks like some nuclear wind has blown through here and left behind a Tim Burton nightmare.

Before long we leave it behind as the road starts climbing into the hills. A sumptuous valley stretches down to our left and thick jungle fringes the right. The road beneath is less welcoming. The surface changes repeatedly, without warning, and it’s hard to say which of the conditions is toughest: large rocks and potholes; cloying mud; sliding gravel; or oleaginous goo.

Both handle bikes well, though, despite testing terrain. My riding seems passable too – easing off the accelerator and a quick wiggle of the hips later, I’ve navigated a chicane.

Eventually, in spite (or perhaps because) of my growing confidence, I come undone. Taking a slimy ridge at too shallow an angle, the back slides away and I am duly dumped in the mud. For an instant, I worry that I’ve seriously damaged something on myself or the bike, but so far as crashes go, it could hardly be gentler.

Yet inside I’m trembling. Soft as the landing was, and although the damage to the bike was minimal (a bent peg that stopped the gears from shifting – a problem that was solved with a few well-aimed kicks) my confidence is totally shaken.

Now I feel the need to be cautious I become altogether more inept in the conditions. I virtually limp downhill, out of the jungle and into some wide, spacious farmland. The trail here has taken the full brunt of the rain and has degenerated into an endless mire.

Aching and burnt, we have no option but to negotiate the muddy stretch. With nothing but water ahead, it’s impossible to know how deep it all is. We follow the locals as much as possible, but when left to our own devices, disaster comes calling yet again. A puddle suddenly bottoms out and I find myself in two feet of water, my bike’s puny engine giving little protest as it drowns in the mud.

Thankfully a benevolent local soon turns up to get us going again, but the day continues in this farcical pattern for several hours. By the time we crawl into Laksao, I have visited two more mechanics (the chain kept slipping), Katy has had to tinker with the starter twice, and we are caked in mud, which at least offers some protection from the pitiless sun.

The 62km to here have been the longest of my life – and there are over 100km still to cover today.

Mercifully, however, this section is once again on tarmac and only takes about two hours. Not only that, but it passes through some of the most arresting scenery in all of South East Asia. Sudden cliffs rise from neon-green rice-paddies, farm animals throng the roads, and once in a while we pass through a stunning stone forest of craggy limestone peaks. Cheery locals wave to us beneath large signs that proudly herald German-Laotian cooperatives that have cleared the region of unexploded ordinance from Nixon’s so-called Secret War.

We end the day at the affable Chantha House in Konglor, where the kind owners give us a bucket of ice in which to dip our seared hands. Following much-needed showers and a hearty dinner of sticky rice, we fall asleep almost immediately.

The third and final day of the Loop is supposed to start with a visit to the enormous Konglor caves, but we’ve spent so much money on repairs for the bike and calls to Mr Kip that we simply don’t have the 230,000 kip ($28) for entrance and parking fees. With the nearest ATM over 100km away, we decide to cut our losses and head for home.

Despite our suffering, we can’t help feel that this final section – which predominantly runs along a major highway – is a little dull. Even my bike running out of petrol provides little cheer.

As in many parts of the world, petrol is sold in Laos by the litre, but in rural areas like this, it is literally sold in litres – old Coke bottles seem particularly suited to the task. Katy rides ahead and gets a bottle for each of us, just enough to get us back to Tha Khaek and the now sheepish Mr Kip, who at least has the decency to refund all of the costs of our repairs.

Our hands are blistered, our faces burnt, our shoulders tight, our forearms in spasm, our clothing is destroyed, our backsides may never been the same again and, personally, I reek like a feral beast.

And yet when were we last so satisfied? When did we last achieve so much?