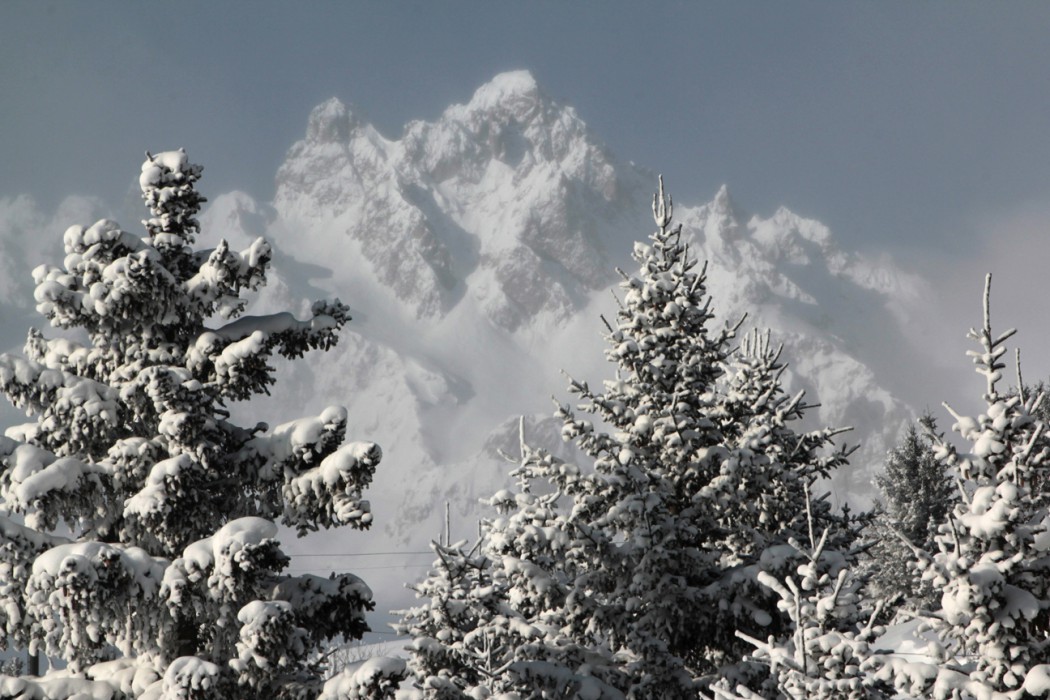 The Height of Luxury

Purpose-built resort – is there another phrase in travel that so efficiently lowers expectations? Hasty construction, soulless architecture, forgettable food… when I hear “purpose-built resort” I think of the colour beige and down-trodden labourers and a million balconies offering the same views, hanging out the front of the same bland, uncarpeted rooms.

And yet it’s a purpose-built resort – something thrown onto a blank canvas in just a few short years –that is one of the world’s most glamorous destinations. In fact, when it comes to winter sports, nowhere is more exclusive or expensive than Courchevel.

Located in the Savoie region of the French Alps it has evolved to be synonymous with fabulously wealthy clientele, gaudy excess and piles of money bigger than the mountain on which it was built. This coming season a new five star hotel, L’Apogee, will open its doors bringing the number of top rated properties to 16. However the French have a grading beyond this – the palace. Only eight properties around the country have been deemed luxurious enough to have earned this title and Courchevel has two of them (that’s two more than any other ski resort in the country). There are eight Michelin-starred restaurants here too, five of which have two stars, including a couple associated with Parisian masters Pierre Gagnaire and Yannick Alleno.

There are tales of Russian billionaires literally skiing into bars and buying them, haggling, if you can call it that, by bidding in increments of €5 million until the owner relented somewhere around the fourth one. Within days, they had this newly-acquired €20 million property bulldozed and replaced with an extremely private villa.

In most of the world’s other ski resorts, stories like this would seem apocryphal, but not in Courchevel. These are the slopes of choice for everyone from Prince William and Kate, to Vladimir Putin, to Christina Aguilera. One of the Proclaimers was even rumoured to have holidayed here.

It’s the association with celebrity that partially explains how Courchevel transformed from an almost communist ideal, a people’s park, into the most exclusive, most expensive ski destination in the world. “Many people came here in the 1950s. The ministers and presidents of France wanted to come here because it was new,” explains Emilie Meynet of the Courchevel Tourisme (the very fact the resort has its own tourist board speaks volumes). “Later people started buying chalets and it became more exclusive. In 1961 they created the first altiport. It allowed people with private planes to come here; by the end of the 60s, regional airlines allowed everyone to come to Courchevel.”

Courchevel’s airport is quite obviously the work of a raving mad man. Or an action-movie fanatic. While both origins are plausible, the latter seems more likely – especially as it was used as the setting for a typically breathless Bond movie opening sequence in Goldeneye. No commercial airlines fly here these days, just the private jets, often flown in by the wealthy guests themselves when a very narrow set of climactic conditions allow.

It was never meant to be like this. The primary driving force of the development, Laurent Chappis, hoped Courchevel would, in its own way, offer a tonic to the horror of war. He had plenty of time to think about his motives having spent five years locked in an Austrian prisoner of war camp.

When I first read of him, I imagined Chappis sitting on a dusty floor, emaciated and malnourished, staring out beyond the prison walls to the mountains. Staring and imagining a brighter future, one in which people, free from oppression and squalor, had the time and resources for forgotten concepts like leisure. But, while five years as a prisoner is nothing to be scoffed at, it clearly wasn’t as oppressive as other camps – Chappis was not only able to hatch the plan for Courchevel, he completed his doctorate while incarcerated. Then, within months of being released, he was in the mountains, making ready to change them forever.

“Until the Second World War, for many people were living here the only income was from the sale of cheese,” explains Meynet. “Afterwards, they decided to build the first ski resort in a virgin site to attract people back to the mountains.”

Starting with a bare mountain allowed the early planners to build perfect runs, then construct their resort around them, a big part of why today so many Courchevel properties have the luxury of being ski-in, ski-out. The lifts could be built without concessions to locals – no one was there to make any complaints.

The lifts actually start in La Praz, 500m below the most expensive part of the resort, but from there, today tourists can access all villages and runs. While there are different prices in each of the mountain settlements, it’s generally true to say that the lower you go, the cheaper it becomes.

Until 2011, the villages were referred to by their altitudes, starting with Courchevel 1300 and peaking at 1850, the most luxurious of all (even though it’s actually located around 1780m above sea level). The tourist board say the names were changed to La Praz, Courchevel Village, Courchevel Moriond and simply Courchevel in order to remove any fears people may have over the imposing altitudes, even though altitude sickness would require being much higher. And, surely, if anyone actively seeks altitude, it is winter sports fanatics? In any case, the names were changed and at the top of the mountain things have only become more and more expensive.

I ask Salome Abrial, also of Courchevel Tourisme, if she’s noticed much change through the financial turmoil of the last five years. “The crisis in Courchevel, it is…” she trails off, wobbling her hand in front of me with a doubtful look on her face.

“Yes, exactly. There have been problems in France and in other countries, but for the people who come here, on holidays? Not a lot.”

The clearest example of just how recession proof Courchevel has been comes in the form of a white horse. Le Cheval Blanc is one of Courchevel’s official palaces (Les Airelles is the other) and undoubtedly one of the most opulent hotels in Europe. It’s the kind of place to make a shambling travel writer feel intimidated when walking through its grand doors; a hotel where the staff are so beautiful it’s hard to meet their eye. Owned by the billionaire Bernard Arnault, it is home to a two-star Michelin restaurant, a Dior boutique and a penthouse that costs a cool €30,000 per night. Last season that suite ran at around 90 per cent occupancy. In a town of high-end excess, there aren’t many places to go beyond Le Cheval Blanc.

Yet all of the bells and whistles wouldn’t count for much if the skiing wasn’t world class. That’s arguably the greatest benefit of purposely building this resort, rather than letting it evolve over time. There are 150kms of runs for people of all abilities and ages. Or almost everyone. Along with an old knee injury, I have a head that’s slightly too large, feet that are slightly too small, and subsequently a pretty dreadful sense of balance. I cannot ski.

I can, however, go sledding and even that seems near perfect in Courchevel, with slaloming runs that send me hurtling between trees and around hairpin bends. I can’t stop giggling during each frenetic 20 minute run. Then I take one corner too sharply and fly off a small cliff, perhaps a 3m drop into powdery snow. And as I’m flying through the air into the great white beyond, it occurs to me that maybe it’s not worth analysing what Courchevel was and what it has become too closely. Maybe, it’s simply the most expensive because it’s the best – and maybe that’s OK.

A version of this piece was published in Fairfax Media’s Traveller in January 2014.