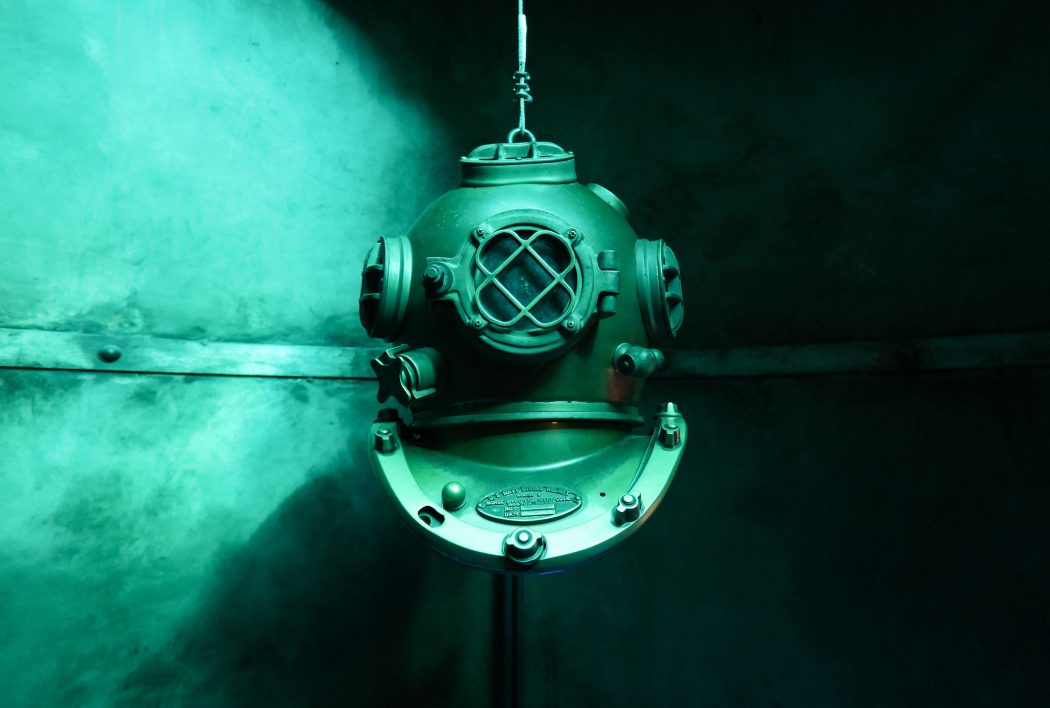 It’s 1998 in Mrs Stafford’s biology class and I’m feeling pretty good about myself. Our class has been asked to test our lung capacities. The sporty types have higher scores; that Italian kid who can’t find a big enough blazer does not. What? Jodie only got 1.9L? Boo! She’s a smoker! Amid the honking and teasing, we’re supposed to be learning something or other about the human body.

When my turn comes and I blast out a decidedly manly 5.2L, Mrs Stafford assumes I’m cheating. She asks me to do it again and I exhale 5.5L of the good stuff. She goes home, tells her husband, also a biology teacher, and he doesn’t believe what he’s hearing. Neither teacher has had a pupil get over five litres before, so the next time I’m in class, Mrs Stafford asks me to do it again, just to be absolutely sure. With the whole class watching, I theatrically breathe in and out a few times then have at it as though I’m trying to extinguish a cake on my 200th birthday. I breathe and breathe and start to feel a bit faint as the last bit of CO₂ leaves me. When my eyes open stars dance across my vision but the meter reads 5.9L. I am 15 years old and most likely invincible.

Half a lifetime later I’m in the waters of the Komodo National Park, finally working out what this large lung capacity might be useful for. Specifically, it means I have some advantages when it comes to the art of drowning oneself, or free-diving as it’s also known.

I didn’t come here on a little boat known as the Tiger Blue to free-dive, but one day tour leader Boum Senous compliments me on how comfortable I look under water and asks what training I’ve had. Giddy with the same pompous glee that filled me in Mrs Stafford’s class, I explain that I haven’t had any, but that I’d be keen to learn. Luckily for me, Boum is a certified free-diving instructor with a personal record of an improbable-sounding 42 metres (138ft). He insists that isn’t actually very good but it’s still the equivalent of swimming down as deep as eight male giraffes standing on each other’s heads.

With a negligible human population, the Komodo National Park is one of the world’s deeply dark places, made even more so by the new moon heralding the start of Ramadan during my visit. With no clouds or light pollution, the stars dilute the blackness of night to a kind of silvery screen, an effect that only intensifies when Boum orders the lights be turned off on deck. Perhaps it’s the setting, perhaps it’s the beer, but the more he talks about free-diving, the more it sounds kind of magical, as though, unencumbered by scuba gear, I would be liberated to find out new things about the ocean and perhaps myself.

There are few better places to learn than Komodo. Lethargic lizards aside, the waters here are incredibly abundant with sea-life, which varies in size and colour as the boat passes between the colder waters of the southern islands and those in the warmer north. The diving in the park is also legendary, but as Boum begins to teach me, whether or not you have an oxygen tank is irrelevant.

The Belgian is an avid scuba diver too, but an injury largely keeps him out of the water during our trip around Komodo. Instead he loans me his dive watch and offers advice on-board about how to maximise my depths. As well as the watch, I have a pair of fins and a snug-fitting facemask and snorkel. The key to successful free-diving, Boum explains, is focus, a subtle force and something like meditation all at the same time.

Sperm whales, the world’s deepest, longest diving creatures, offer a good example of how to free-dive successfully: prior to going under, hang out at the surface breathing steadily, super oxygenating your blood, staying almost completely still. The best free-divers do this is a kind of Zen state, before gently turning downwards and slowly kicking their way into the abyss, equalising pressure in their airways every five metres or so. Using only fins and ludicrously strong willpower, the record holders get down in excess of 120m (393ft), well past a point at which the body becomes negatively buoyant and begins to sink naturally.

Actually, there’s nothing natural about it. We can drown in just a few centimetres of water. It’s not a good idea to think too much about what you’re doing while free-diving, when the weight of the ocean crushes your lungs into little balls and the safety of the surface gets further and further away. Panic will only increase the burn of your already dwindling oxygen supply. “When you are coming back up, don’t look at the surface, either,” says Boum, explaining that the sight of salvation will trigger an idiotic mammalian response, making you kick faster, drain air quicker and increase the chance of “syncope”.

“What’s that?” I ask, already regretting never having gotten my scuba licence.

Boum knows what he’s talking about. He has passed out twice while free-diving, though he’s quick to blame himself for both incidents. “I was being stupid,” he says, “trying to go too deep.”

While trying to reach some kind of transcendental plateau where I can pursue this unnatural sport, I don’t particularly care for tales of near-drowning, but Boum’s advice is essential as I try to go deeper and deeper during the five days I have on the Tiger Blue.

The first time he lends me his dive watch, I get down to 7.8m, then quickly down to 9m. This is three times the depth of the diving pool at my old communal swimming baths at home and hitting that mark is incredibly satisfying, even though I come up gasping and more than a little afraid that I’m pushing things too far too soon. Boum watches all the while and tells me where I’m going wrong: I didn’t spend enough time still on the surface, then used my arms to get myself going – essentially I was trying too hard. And that’s the funny thing about free-diving, you’re at once trying to be competitive with yourself, trying to discover some new limit of your being, and yet you’re also striving for serenity. You’re trying to be Neo at the end of The Matrix, unlocked, unlimited, but unhurried, too.

Your body burns less energy when not fighting to keep itself warm, so when Tiger Blue moves to the warmer waters of the north I soon break 10m, getting deep enough to wave to a group of scuba divers below. Boum insists I’ll easily break 15 metres before long, but I don’t have the heart to tell him that a 50 per cent increase from what already feels extreme is well beyond me.

It also dawns on me that I’ve asked nothing about the bends, or decompression sickness, the divers’ scourge. Boum tells me that I have nothing to worry about in that regard – the oxygen I take in on the surface is compressed on the way down with me, then re-expands on the way up. So long as my ascent is steady, I shouldn’t have anything to worry about. The scuba guys have to be more careful as they are breathing compressed air at depth.

The next day the conditions around a dive site known as Crystal Rock are particularly perfect, with a steady, deep drop away from the rock in question. Free-diving – all diving for that matter – is much easier and more enjoyable when you have plenty to look at, good visibility and goals to aim for. Crystal Rock has all of those things, so everything is set for me to go deep until Boum decides his shoulder is strong enough to allow him to go scuba diving with the rest of the party. He’ll be taking his depth monitor with him.

This initially seems like a raw deal, but I get in the water with a couple of other snorkellers and start to swim around all the same. The moment I see below the surface, I can hardly believe how busy a place Crystal Rock is: huge trevallies, a baby bluefin tuna, a prissy, poisonous lionfish, colourful coral cod, juvenile snapper, a villainous barracuda with wicked barbs for teeth … Everything is moving and most of it is looking to eat something else.

Within a minute of getting in, we also spot a white-tip reef shark. I take in as much air as I can and dive down to take a closer look at this fish the size of a man, but being fond of my hands and feet, I keep a respectful distance before turning for the surface. On doing so I swim through a huge shoal of blue dash fusiliers with their distinctive, near iridescent stripes; thousands of shiny fish above, below and around me, my life is briefly contained within a Christmas bauble.

After one lap of Crystal Rock, our group comes back to the north face where the most fish seem to gather. Below, I see Boum and his dive team and decide to go down to say hello. Breathing deeply at the surface and pre-emptively pushing pressure into my ears, I swim down and down, calmly, yet deliberately. And it all feels incredibly easy, like I could spend the rest of the day down here if I wanted to. In fact, it’s so comfortable that I don’t have to just go down and back up in a line, I can move around down the bottom, the way some spear-fishermen do.

I’m a bit unsure what to do until I hear a loud metallic noise – plink-plink-plink! – Boum getting my attention by tapping his oxygen tank. He waves, gives me the OK sign and I swim over. He points at his monitor. We are at 16 metres.