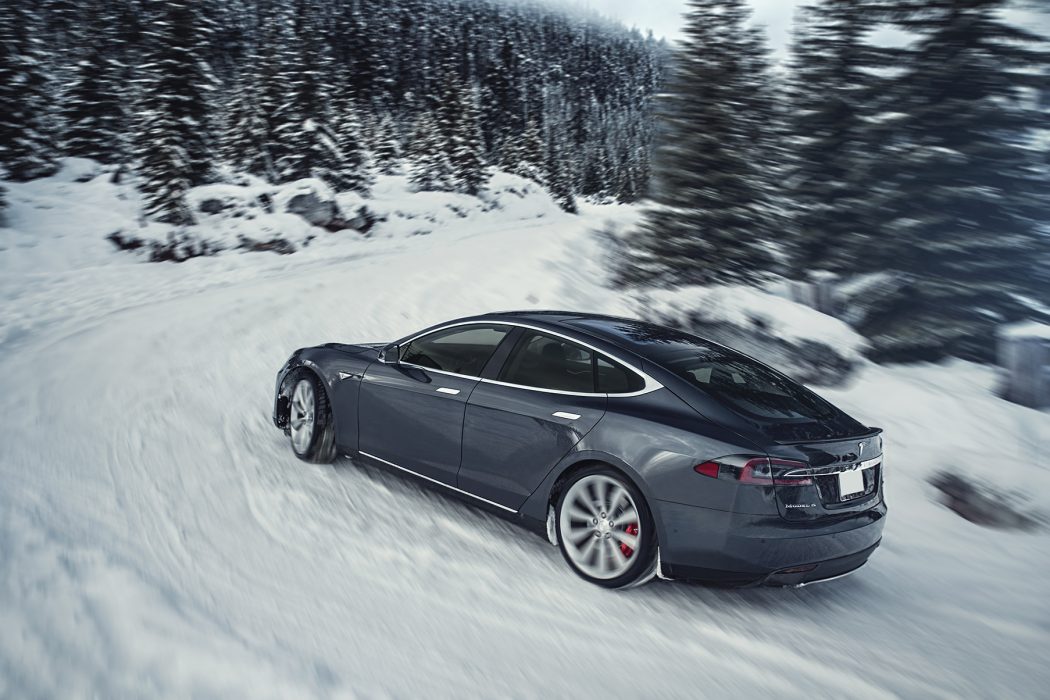 They are underpowered. They have poor range. They are slow to charge. So who cares if refuelling is cheap and the world is being saved from the endless grind of fossil fuels? Purely electric vehicles aren’t anything more than glorified milk floats. They aren’t convenient, they aren’t cool, and they’ll never catch on.

Did I believe any of those old slanders before I picked up my Tesla Model S? Not really, or at least not entirely. Tesla’s innovations have been generating global headlines for a couple of years now and I thought surely – surely – they must have improved things for the world to be taking notice?

In order to test the capabilities of their tech, I decided to drive from their offices near Heathrow onto the continent, through France and Switzerland, Liechtenstein and Luxembourg, then all the way across Belgium before catching the ferry back to England. That, I thought, would be a good work out – enough complications of environment, language, and terrain to see how practical the car was. Essentially I wanted to answer just one question: with current available technology, are road trips possible in electric cars?

To further complicate this test – and to make it a more thorough examination of driving under pressure – I took my mother along. Forty-six years ago, while she was still a teenager, she had worked in Switzerland. She had never been back in all that time, and I thought this trip would provide a good excuse for her to retrace the steps of her youth. I knew too that it would mean every ponderance and question, every wonder and query about the Tesla would be asked. Most likely more than once. Quite possibly while driving at speed, in snow, in a foreign country.

The first leg took us across the south of England, all the way to the white cliffs of Dover. Rather than pack the Tesla onto the Eurotunnel train, I opted to take the ferry across the Channel, buying myself more time to pick the best route across the continent.

With no internal combustion engine pumping out smoke and noise, we quietly crept onto the ship, parked and went up to the lounge. As the boat gently rocked its way out of port, my phone went off – it was a message from the Tesla’s app, informing me that its alarm was sounding. I went to comfort the car, but, like everyone else, I was barred from going to the vehicle deck while the ship made its 90-minute crossing. I tried to explain to a French crew member what was happening. “Oh it’s normal,” he said. “The movement of the boat sets off all the alarms – it’s crazy down there right now.”

The car’s app is almost as amazing as the car itself – it can be used to monitor the charging progress, to locate the car (if, for example, you’ve forgotten where you’ve parked it in a foreign city), and even used to remotely summon it out of tight parking spaces.

All of which is a lot of fun, but as I was soon to realise in France, the raw speed of the car was no laughing matter. The Model S can go from 0-100kmph in around four seconds. That’s enough to make you feel like you’ve been punched in the back by a poltergeist. There’s isn’t the satisfying roar of a traditional engine, but there’s no denying the thrill of the acceleration.

The Tesla’s range is a much more fluid thing. Being battery-based, the capacity and longevity are effected by the same variables as a conventional engine. However, while economy of use is important, so too is temperature. If you’re cruising along at a steady speed on a warm day, you may get as many as 400km from a single charge. But, if you’re driving at 130kmph (the speed limit on certain French highways) through a frozen landscape with the heated seats on max, well, don’t expect to get anywhere near that.

On drives short and long I found that power was never far from my mind. Thankfully, it’s never far from the digital synapses of the car, either. The huge 43cm touch screen display next to the steering wheel can be used for anything from ordering food online, to listening to Spotify, to checking the battery level. All of those things are handy, but the genius of the navigation system is essential.

While plotting a route, the sat-nav system will plan stops at dedicated Tesla superchargers, ensuring there’s enough power for the trip. It also tells the driver how long they must spend at each station. As my itinerary had me driving from the south of England, then into the middle of France, then onto Geneva, I knew I’d have to stop a lot. I’d expected to find myself standing around, waiting for the car to charge, but despite the large distances we were covering, that was never the case. An average coffee break at a motorway services took at least 25 minutes, during which the car charged as much as 200km. When we stopped for meals, the Tesla superchargers could take the battery from completely empty to entirely full.

That is not to say it was perfect. There were long miles in eastern France, where superchargers are not yet widespread, when I had to (under advisement from the Model S) drop my average speed to preserve the battery life. In some ways, it reminded me of an iPhone – a masterpiece of design, a logical jump in progress and technology, but isn’t the battery just a little bit annoying?

To make this whole process less stressful, I was careful to ensure that the hotels I stopped at along the way had chargers, meaning each day would start with a full battery. They weren’t the hyper-powered superchargers, capable of filling the car in an hour, but rather ‘destination chargers’ which are designed to top up your car over a long lunch or, preferably, overnight.

Typically, many of these hotels are luxurious, decadent affairs. Considering the Tesla Model S 90D costs over $100,000, that’s perhaps no surprise. Our first stop with such a charger was the Hotel Beau Rivage in the heart of Geneva. Owned by the same family for over 150 years, from outside it does not look like the sort of place you’d expect to find planet-altering technology. Yet when I handed the key to the valet, he asked if I would like it charged overnight. The following morning car came back full, like a contented puppy from a kennel.

The white snow and clean mountain air of Switzerland seemed a particularly good fit for the eco-friendly electric car. It was tempting to spend the days relaxing, or eating, but with limited time, we thought it best to see as much as possible – as well as finding my mother’s old workplace at the edge of Zurich.

When she had been there in 1970, she was on a miserly wage, happy just to be exploring a new part of the world. Much has changed for her – and for Zurich – in the intervening years, but though she wouldn’t have known it at the time, The Dolder Grand was a constant. Built over 100 years ago, this humungous hotel appears as though from the pages of a fairytale on a hillside high above the city, part Disney Castle, part Bond-villain lair. It too has a destination charger, but from the moment we walked through its vast, castle doors we quite forgot about the car – and much of the journey. I can think of no European hotel in which I have ever been more comfortable.

Eventually, of course, we had to leave. The drive north back to Britain completed a loop of over 3,500km in just six days – had the car not been such a delight that might have felt arduous. Instead, by the end, we were greeting other Tesla drivers at supercharger stations with a casual, contented wave, and a smug nod that silently acknowledged a privilege most of the world is yet to discover.

That smugness dissipated as soon as we dropped the car off and got in a conventional cab – six days had also been long enough to forget about the jiggling and noise of combustion engines. Half an hour later I got a final message from the Model S. It was charged and ready to go again – but, sadly, I was not.

A version of this piece was published in Etihad Airways’ Aspire magazine in February 2017.