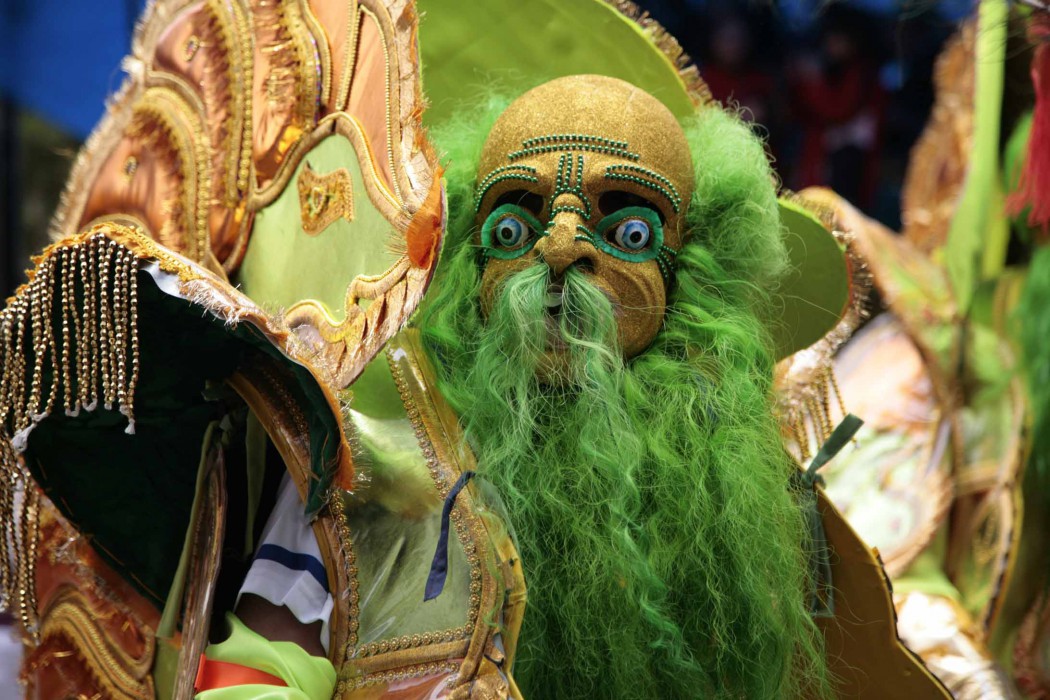 I was going to start by telling you about the Gualeguaychu edition, in north east Argentina, and how polished it was, to the point of feeling a bit sterile. I was going to describe how, despite our dreadful hostel, we had a pretty good time watching expensive floats and lavish costumes swagger past us to the samba bounce. I was even going to comment on how everything seemed to move except the rigid, terrifying breasts of the dancers.

When my brother and I were young, we were asked to solve a crime. Our father had been assaulted and we were to go to the scene of the attack just around the corner from our flats and work out what had happened. A feral alcoholic at the time, he had absolutely no recollection of anything from the night before, so we were to try and find out more on his behalf. My brother and I headed out, and sure enough we found his jacket – a cream thing, dirty and wet from the previous night’s rain – lying on the ground, next to a half open garage door. So far as anyone could tell, he had simply walked into the thing, blinded by the bevvy, then somehow contrived to strip himself of his jacket. We brought it home and reported our findings, but not before we’d checked the pockets for money. There was none.

What happened to me?

So we held our breath here, gagged a bit there, and tried to find a couple of seats, which was virtually impossible. When we did finally find a tout, he was asking for £50 for both us us to sit on a wooden plank for two days. And bizarrely, that was pretty much the set price. Despite Bolivia being by far and away the cheapest country we’ve been to (it costs £1.60 for an entirely edible four-course meal) the price of its carnival is ridiculously high. By comparison, the Argentinian equivalent was under a tenner each – and the Paraguayan one half that.

Up close the Oruro carnival is indeed spectacular. These people may live in the poorest country on the continent, but they are clearly decent tailors, competent musicians and skilled prancers. The fact that they actually play their own music (rather than have it played over speakers as in Argentina and Paraguay) gives the whole thing a better sense of authenticity too.

The first sensation after that was pain. Pain and suspicion of the small Boliviano trying to help me. He spoke virtually no English, and in my state, my Spanish was utterly miserable. The pain though – that translated pretty well. It felt like searing hands were gripping my spine and kidneys. Even through the booze it was excruciating. I knew I should be making my way back to Wee Mo – how long I’d been away at this point is anyone’s guess – but I could barely walk. The Boliviano, Jose, offered to take me to hospital. I accepted.

Over the next few hours I went back to black a few times, and what I can remember comes with Vaseline smeared on my memory’s lens. I know this: the ER was packed, mostly with people in much worse condition than me; the pain was constant, until they gave they injected painkillers into my arse; when it came time to pay the bill, I couldn’t find my wallet. A bag of beer and spray-foam I’d had was gone too. Thankfully, whatever had transpired, I still had our camera bag, with almost £5,000’s worth of equipment intact.

So maybe my back and ribs are sore because I was protecting the camera bag while they lashed at me. Perhaps my tooth is chipped because I bit someone (I have a history of biting) but really that’s all speculation. As I get on the bus, all I know for sure was that I’m a lucky bastard – and that these blackouts must end.