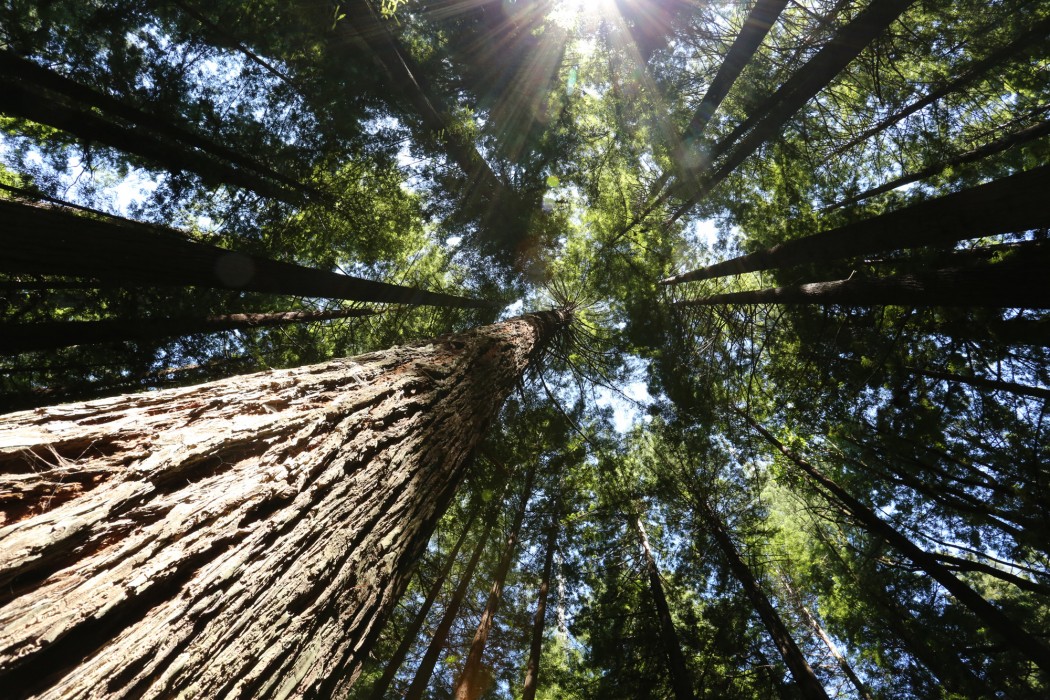 Never let anyone tell you otherwise: when it comes to road trips, the US is the best country in the world. People often talk of the size of the country, leaning back on the cliché “everything’s bigger in America”, but you only get a sense of how true that is when you go for a long drive. I used to think it tremendously lazy and unadventurous that a reported 90 percent of Americans didn’t own passports (these days it’s more like 55 percent) but now I’ve been to the majority of their states, I believe that at least some of them haven’t bothered because their country has so much variety. You only really get a sense of that when you drive, too; the shops and restaurants may stay broadly the same across the home of capitalism, but the geography changes from steamy swamps to advancing glaciers to tropical islands to seemingly infinite plains. Don’t let the razzmatazz fool you: this is one of the planet’s most beautiful countries.

Of all the road trips on offer few, if any, are better than driving the west coast. There are longer and more famous routes in America (most notably 66, the Mother Road) but nowhere is as consistently spectacular as the drive up (or down) U.S. Route 101 and its twin highway, California State 1. I decide to travel these American icons southbound, starting in Seattle and ending over 2,000km away in Los Angeles County.

I’d expected to feel warm in Seattle, but I thought it’d be through guzzling too much coffee, here in the home of Starbucks, and several more interesting independent cafés besides. But arriving in July, I find the city in the grip of a record heatwave.

As tempting as it is to eulogise the sunshine, America’s west coast has been brutally parched this year. A mild winter saw very little snowfall, which now means there’s almost nothing in the way of natural irrigation for farmers or the trees which carpet the landscape. Forest fires haven’t come yet, but things are so desiccated that they seem inevitable.

That is not to say there’s not been any precipitation at all – gargantuan Mount Baker, almost always on the horizon in the state of Washington, has its peak permanently snowbound, even in sweltering years like 2015. With no clouds in any direction, its albino slopes are the only thing to break up the enormous blue of the sky.

The mountain looms large as I head west from Seattle, through parts of the sprawling Olympic National Park, then along the Pacific Coast and down to Astoria, a town which once boomed bigger than San Francisco but which in more recent years has been made famous in films such as The Goonies. A couple of hours soon disappear there and I wish I could be there longer. As smooth as the driving is through the States, that kind of impromptu distraction causes frequent delays. But then a lot of the greatness of these road trips comes from the unplanned bits in between – the matterless conversation with suspiciously cheery waiters, the detours into state parks, the howling along to classic rock stations.

I arrive in Portland, Oregon, far later than planned, with barely enough time to register anything other than the relentless heat. To make up for my tardiness, the next morning I decide to leave the car and walk the city’s streets. One of the first things of note is that Middle Earth has Dwarfish armies with fewer beards than Portland. A notorious home of hipsters, it’s an incredibly cool city that’s growing fast, a place where “young people come to retire” as a local banker tells me. Like Hollywood without the film industry, young men and women arrive with university degrees and big dreams, and end up working in bars and restaurants, the simple fact that they’re in beloved Portland seemingly reward enough for their endeavour.

I’d kind of expected that trendy scene in Oregon’s largest city, but the wider state is full of surprises. For starters, I cannot remember ever being anywhere with so many trees. If you want to try and grasp what an infinite figure looks like, imagine counting the pine needles in Oregon. Over 30 million acres are covered in conifers, each one with millions of needles. Every hillside is smothered in trees, like unshaven chins of dormant giants and by the roadside, they form great corridors of green, darkening the sky. Light only occasionally flashes through their branches, offering strange-moving snapshots of what’s behind, an animation of a prehistoric land.

Conifer country only ends where the Pacific Ocean begins, but in southern Oregon the two collide. At the Dunes National Recreational Area sandbanks have grown three storeys high, swallowing pine trees whole. Drive a bit further still, into California, and it’s hard to imagine what kind of cataclysm would have to happen for that to be repeated in the Redwoods National Park and Humboldt Redwoods State Park. Home to the tallest trees in the world, these parks straddle 101, with the aptly named Avenue of Giants providing one of the most bizarre and thrilling drives anywhere on the planet.

It feels vital to stop and try to take in the mind-bending sequoias. I stagger around like a drunkard, gazing up at these 100m-plus titans, my feet uncertain. The further I am from the road, the more I feel as though I’m sinking into the forest floor. Sound travels strangely, too, the colossal timbers sucking it out of the air. They seem invincible, these trees, like sentinels or gods, but some have also become homes to spiders which have softened them by hanging delicate webs in their vast trunks, giving the impression of lace bunting.

In and around Founders Grove on the Avenue of Giants, several of the trees have met a natural demise, their spectacular bases turned sideways, making them look like humungous flowers. Watching one of these things falling naturally must be, in a global sense, a significant event. The biggest are the size of four trains, two sitting on two, several carriages long. If left alone once toppled, they can take as long as 400 years to decay.

What did the pioneers make of them 150 years ago? Some were surely awestruck, but just as there are those who see elephants and want to shoot them today, presumably enough of those early developers looked at these mighty trees as nothing but wood to be harvested. As enormous as the redwood territory feels, it’s just five percent of what stood before Europeans arrived; like parasites, man claimed almost all of it for his own needs.

Feeling fairly disgusted by our forebears’ behaviour in that wonderful place, I get back in the car in a daze. However, before turning off 101 to join Highway 1, I have the presence of mind to refuel at Leggett. Americans call petrol gas, even though it’s not, and sell it in stations on the edge of tiny settlements they call cities, even though they’re not. Inaccuracies of language aside, fuel is more expensive than it used to be but still considerably cheaper than in much of the world. As a result, each
refill feels like a small victory.

It’s a good idea not to be distracted by things like fuel gauges before hitting Highway 1, where serpentine, slaloming roads lead back to the coast, requiring some fairly expert driving to navigate down to the ocean. From there it continues south for hundreds of kilometres, the vastness of the Pacific Ocean on the right, mountains tumbling to the coast from the left.

At times it merges back with 101, spectacularly so when coming over San Francisco’s iconic Golden Gate Bridge. As tempting as it is to stop, I push on, ending the night in Monterey.

Whale watching often has some degree of chance attached to it, but not in Monterey Bay. A huge underwater canyon has animals thinking they’re further from shore than they really are. As a consequence there are whales, dolphins, sea otters, sea lions, seals and innumerable fish close to port, with orcas and large sharks looking to take a nibble of them all. Of all the bad climate change juju I hear about during the trip, the news that Monterey’s humpback whales opted not to migrate this year is the most troubling. Good news for whale-watchers, maybe, but deeply concerning to those concerned about nature’s rhythms.

South from here, Highway 1 enters its most famous section, Big Sur. The winding road rounds countless headlands, crossing gorges and gullies, providing dozens of precarious photo opportunities. Just a few hundred metres off shore, dozens of craggy rocks and islets are crested with salt-baked guano and squadrons of seabirds that call them home. Because this is the best driving country in the world, the route is dotted with lay-bys and turnouts, each of which gets filled with tourists taking sweeping panoramas and unwise selfies.

Big Sur runs for about 140km from Monterey to San Luis Obispo, but with the drama of the scenery, it can take all day to drive. There are other, more organic distractions, too. Even this far south, California remains the land of giants – following the redwoods and humpbacks, dozens of boisterous, reeking elephant seals have colonised a Big Sur beach. The males are particularly obnoxious and violent, gargling challenges to one another in a bid for territory and mates. Little kids – boys, especially – squeal with glee at watching these lumbering fatties battle it out in such close proximity.

Eventually California transforms into the version you hear about in songs and see on television. As tempting as it is to dive straight into Malibu, Santa Monica and LA, I spend a final night on the coast at Santa Barbara, quite possibly the bonniest city anywhere on the American coast. I had no idea what to expect when I arrived, but it’s a city which looks defiantly Hispanic. There are several like it in Central and South America, most crumbling and failing to fend off time, but Santa Barbara gleams by comparison. Like the Napa Valley north of San Francisco, this area benefits from the huge sums of money brought in by the booming Californian wine industry; like its northerly cousin, people are concerned by the lack of rain this year.

An hour along 101, if the drought weighs heavy on the minds of the people of Malibu Beach, they do a good job of hiding it. The perfect sand here stretches on for over 30km, the famous settlement eked out between the beach and the now barren mountains. This is the California of the Beach Boys and Baywatch and boundless beautiful people. Route 101 continues a little further south still, all the way to the Mexican border, but I have to stop somewhere. And as a fiery orange sun slowly sinks to the horizon, silhouetting a dozen surfers, shafts of sunlight shooting beneath their boards, this seems as good a place as any.

A version of this piece was published in Etihad Inflight in August 2015.