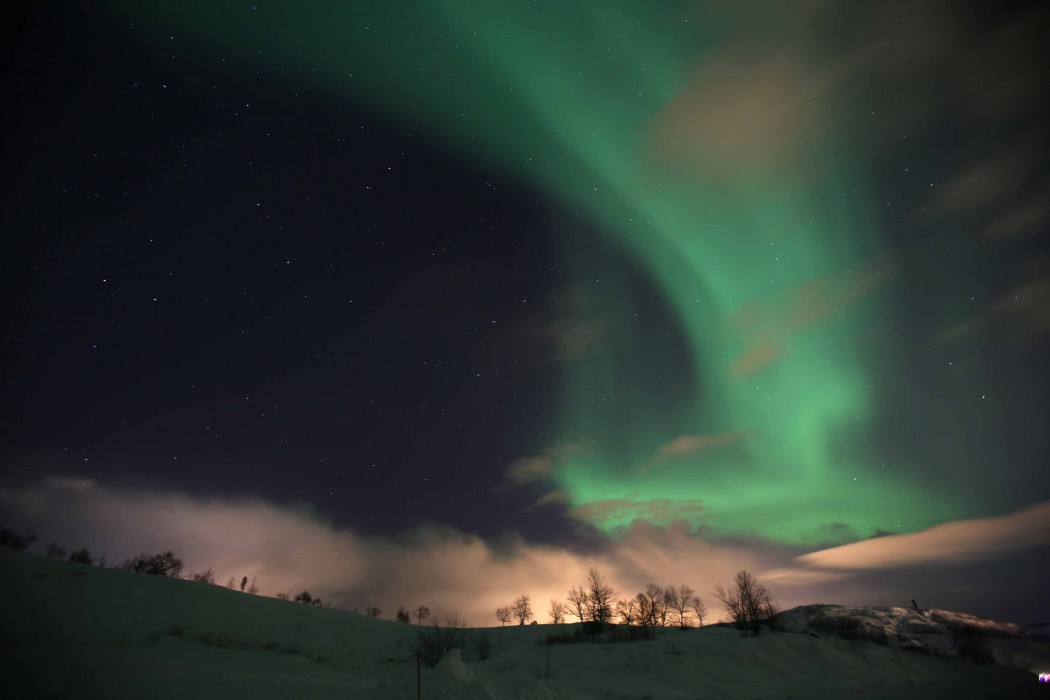 Jim Melville didn’t leave Britain until he was 17 years old, and even then, stuck on a ship that he wasn’t allowed to disembark, he wasn’t doing so to visit a new country. Serving on the HMS London as part of the notorious Arctic Convoys in the Second World War, he was on one of dozens of British (and eventually American) warships that escorted merchant navy boats around northern Norway and through the Arctic Circle to either Archangel or Murmansk in Russia. There they would dock and unload tonnes of supplies to bolster Russian defences against advancing Nazi troops. Hitler knew that if he could capture these ports he would have a straight line to Moscow and Mother Russia. Churchill knew that it was vital the Red Army held its line – Stalin reminded him frequently.

Jim Melville and the crew of the London would escort the civilian ships all the way to port, but only critically sick crew members were allowed to set foot in Russia. If all was well, the boats would simply turn back to the UK to resupply. Back and forth they would go, awaiting further orders. For almost three years this was Melville‘s job, during the eternal darkness of the polar winter and the unyielding light of its summer.

I’m thinking about Jim Melville and the London and all of those on the Arctic Convoys while in the warm lounge of the MS Finnmarken, one of several luxurious ferries in the Hurtigruten fleet. I am approximately following the same route as those heroic warships, around the North Cape, Europe’s Northernmost extreme, all the way to the Russian border. When Melville and his shipmates negotiated these waters, they did so under the constant threat from German U-Boats, raids from the Luffwaffe and the hopeless prospect of coming across the Bismarck or the Tirpitz, the most feared battleships in the ocean.

My fears are embarrassingly trivial by comparison: is merlot definitely the best pairing with this reindeer stew? What if I don’t like the cod-tongue fishcakes from the buffet? Should I wear the woolly or synthetic hat out on deck?

I say embarrassing because Jim Melville was my grandfather. He continues to be my hero and I’ve come on this cruise into the Arctic Circle to follow his watery footsteps 70 years later. That’s part of it anyway – like the virtually everyone else on board, I’ve also come with the hope of seeing the northern lights.

Because of my grandfather’s time on the Arctic Convoys, I knew the words aurora borealis from a very young age, despite them being tricky sounds to form, and an even harder concept to fully grasp. Even so, I have always known that if you go far enough into the dark north and luck is on your side, the universe will reveal something astonishing.

This frozen journey, or one like it, is increasingly popular – northern light hunting recently topped a TravelSupermarket survey on tourist bucket lists. I suspect many people putting it on there don’t fully realise what seeing the aurora entails: while it’s easy enough to fly to Tromso, the unofficial capital of the Arctic, and into the range of the lights, there are absolutely no guarantees of seeing anything. While on the Finnmarken, I overheard one woman wistfully mention that it was her fourth time in northern Norway and she was yet to catch a glimpse of the aurora.

If the sky does ignite, you have to be outside to see it at its best, and temperatures can dip as low as -50C. That’s cold enough to empty a cup of hot coffee and have its contents freeze before shattering on the ground. You can easily spend a fortune on coming here, only to see and feel nothing other than the icy breath of the man with the scythe.

During my week in Norway the coldest it gets is around -25C, two degrees colder than an ordinary domestic freezer. Again and again it will feel as though part of me is dying; again and again I will insist this is one of my favourite ever trips.

Before flying up to Tromso, I had imagined it to be some blizzard-blasted outpost stalked by polar bears – it is, after all, a mere 2,000km from the North Pole. Instead I found a bustling, cosmopolitan place, home to over 70,000 souls from around the world. The only polar bear I saw was stuffed and standing upright in the Rorbua Pub, a Santa hat hanging over his lifeless face as a final indignity.

Through the year Tromso hosts an eclectic mix of events, including a reindeer race down the main thoroughfare. The mayor is the reigning reining champion. There’s also university up here, as well as several of the world’s northernmost things: the northernmost symphony orchestra, the northernmost botanic garden, the northernmost Burger King. If it’s in Tromso, then chances are it’s a record breaker.

The town has enough going on to keep visitors busy until dinner when the lights may or may not begin to appear, but for those looking for more adventure, the surrounding countryside is loaded with potential, even in the depths of winter. One morning I went whale watching in the half-light of the near-dawn (up here the sun disappears in November and doesn’t return until the end of January) and didn’t see a whale – I saw a dozen: gargantuan fin whales, a handful of humpbacks and a pod of orcas. For one thrilling second, it looked as though the killers might try their luck with the smallest humpback, before thinking better of it and disappearing like shadows.

Then there was the husky mushing. Half a dozen companies do this around Tromso, and northern Norway generally, but none of them are as unapologetically exhausting as Active Tromso. Led by endurance champion and renowned maniac Tore Albrigtsen, the company offers the chance to really feel as though cooperation with your dogs is essential for mutual survival. A few hours of pushing, shouting and holding on is an exhausting business, especially as I had the laziest dogs in Europe. They had a knack of stopping to mark their territory at the top of every hill while I was stuck at the bottom, giving me no assistance when I needed them most. Towards the end I fell off and nearly broke my arm under the sled, but I say this with sincerity: it was perhaps the best day of all.

Yet it’s the aurora that everyone really wants to see. Leaving Tromso, I travel with Hurtigruten around the North Cape with the unscientific theory that if I move to different locations I might have a better chance of seeing the lights. I sail two days east to the end of the line at Kirkenes, just shy of the Russian border, with Murmansk, my grandfather’s old port, just a few hours away by bus. After a night in Kirkenes, I get a different boat, the Trollsfjord, and slowly return to Tromso. There and back I spend every night out on deck staring at the heavens.

I’m not religious. I don’t believe in magic. But when seeing the lights, it’s hard not to think of bigger things. I had enough time to consider it: I saw the aurora borealis four nights out of seven in northern Norway. If not blessed, then I was at least very fortunate. It happened twice with Hurtigruten, someone from the bridge proudly announcing we should head out onto deck to see the incredible. During the War captains would do the same for their young crews – how the celestial display must have blown Jim Melville‘s 17-year-old mind!

I saw the lights at sea and on land, sometimes milky, sometimes green; occasionally static, occasionally dancing; at once terrifying and familiar. Scale, time and my understanding of everything became skewed by the show. I thought of the universe, my smallness within it and of course, my grandfather.

Communities around the world have different beliefs related to the lights. The Vikings called it the bifrost, a magical link between our mortal coil and the sacred halls of Valhalla. Some Inuit believe them to be dangerous, capable of all manner of nefarious deeds, including kidnapping and beheading. I prefer the version of the local Sami people, whose territory stretches across Norway, Sweden and Finland and is often referred to as Lapland. They hold that the aurora borealis isn’t solar wind blasting our atmosphere with “excited” photons, but rather the eyes of their ancestors, twinkling from the great beyond. Night after night I stood out in the biting cold, happy with that explanation, little tears freezing on my cheeks.

A version of this piece was published in Fairfax’s Traveller in May 2015.