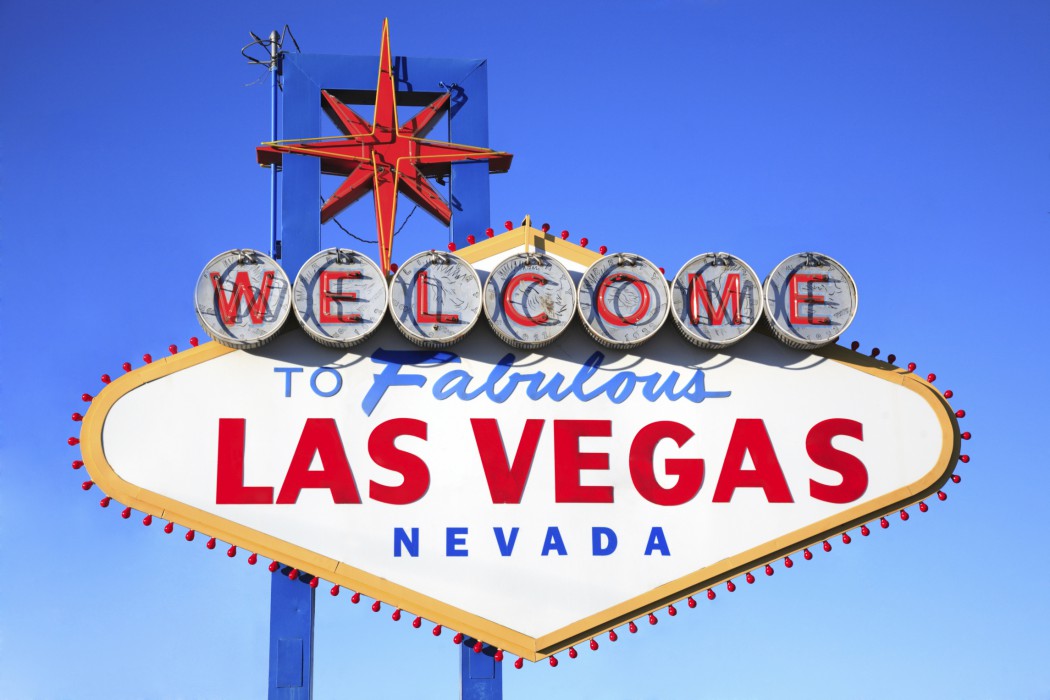 I have no cocaine, nor any mescaline. I don’t have any ether, either. The skies are mercifully bat-free, and yet, the longer I spend in Las Vegas, the more peculiar I feel. Half of the city lies abandoned or half-finished in financial crisis gloom, but like Iron Man, it still has a burning core of showmanship that attracts mutants, villains and even occasional good-guys from around the world.

It’s not an exclusive crowd. For every high-roller with a high ball, there’s a mullet-bearer with a drawl. A woman with dead eyes gyrates on a bar at 11am. A man walks past wearing a t-shirt that reads: “Smart gets the BRAINS, but dumb gets the BALLS.” In the streets, teams of Latinos fulfil their American dreams by handing out brothel cards to young men who seem to believe that they are in their own version of Todd Phillip’s The Hangover. Sadly, Mike Tyson is not on hand to punch any of them in the face.

But long before The Hangover, Americans were using Las Vegas as a place to come and unleash their ids, free from judgement. Everyone comes to spend money. Some even do so with a view to turning a profit, yet the city’s relationship to gambling is like music at a large festival: an almost incidental facilitator for ordinary people to shake off the real world and relax into their animal-selves.

Of course, just as there are those at T In The Park who profess to actually listen to the music, so there are those who come to Vegas to actually gamble. George McDonald and Mark Shanta, both from Glasgow, are among the few who take the whole thing seriously. Two of Scotland’s leading poker players, they have both made careers playing predominantly online since leaving Strathclyde University in 2006.

Now, as in almost every July for the past five years, they have been drawn to the city’s bright lights to play in the World Series of Poker, the planet’s richest competition.

As both have participated in the past (Shanta even made the money in his first year, collecting a cheque for $51,000) nerves are not an issue inside the Rio Hotel and Casino. They are just two of 6,865 players in the main event; they are also two of its most mentally stable. Before it began, McDonald explained that his favoured opponent would be “a guy in a cowboy hat – or an old woman.” Shanta simply wanted to avoid “anyone big and sweaty [because] it’s cramped enough in there already.”

When the contest gets going, they are sat with up to nine players, substituted in and out as tables with eliminated players are broken down and redistributed. McDonald finds himself with people who could variously be a sumo wrestler; a guy in a tracksuit who looks like he’d turn rat on the Mob; and a tattooed biker. Meanwhile, Shanta gets a bald man in a wheelchair; a mid-level Cartel fixer possibly from El Salvador; and someone who’s come as Jackie Stewart circa 1970.

The friends from Scotland are reasonably happy with the company, even though the play is initially slow and cautious. Shanta describes it as “excruciating, needles in the eyes stuff.” But it could definitely be worse: at a nearby table sits a gobby bloke in a giant St Patrick’s Day hat, and another with a metal claw for a hand. Elsewhere a possibly Tourettic player barks every ten minutes.

Unlike most world championships, there is nothing to exclude a person from entering the WSOP, save the $10,000 fee. Social misfits with any level of ability are qualified so long as they cough up the money, which is then exchanged for 30,000 chips. This is the point of no return – there is no cashing out early, no withdrawal and no re-buy for those busting in the opening hands. This was news to Ellen Deeb, the competition’s oldest player at 91 who, on being wiped out, reached into her handbag and produced another $10,000 in cash to play again, only to be turned down.

There aren’t many other games in which the world’s leading competitors have to pay so much to sit in such tight, stuffy conditions, nor many in which contestants openly admit to boredom or drunkenness. The ceiling is low, the rattle of chips endless, making a noise like swarming insects. With so many men in the same room, flatulence can be a problem too. The breaks in play bring an almighty stramash for food and the toilets, but unlike at a music festival, the gender imbalance here means the few women present are the ones who can smugly saunter to the cubicles without enduring long queues.

In its current format, play is limited to just 10 hours a day, spread over five two-hour levels. No money will be made until at least the fourth day, after around 35 hours of play, when 90 percent of the entrants have left with nothing. It used to go on much longer and was even more gruelling. For the ten people with the requisite luck, skill and mental fortitude to make it to the end, play is suspended after the eighth day, with the final, televised table reconvened in November. If that sounds like an unimaginable slog, then you should know that this year’s winner will eventually walk away with $8,711,956.

Until then, the grind goes on for hours, days. At the end of their first 10-hour stretch, the Scottish boys are still in the tournament, ready to enjoy a few hours off before another shift begins. The second day puts McDonald on ESPN’s featured table with multiple award-winner Daniel Negreanu and Gregory Vogelsong, a man who looks like a homeless Santa. Rather than make any big decisions, Vogelsong works out what’s naughty and nice by literally flipping a coin. It is an infuriatingly successful tactic.

Still, the Scots play on, staggering to another 12:45am finish after 20 hours of solid play. There’s plenty of poker but not many chips ahead of them. And unfortunately, a few hours into the third day, it all comes to a crashing halt. Within an hour of each other, McDonald and Shanta are forced into high-risk gambles with dwindling stacks of chips, and both are quickly undone by better hands. They leave with nothing other than a strong desire for a drink. For the remaining 1,000 souls, the grind goes on for many days more. A claw taps, a man barks, the cards are shuffled and dealt again.