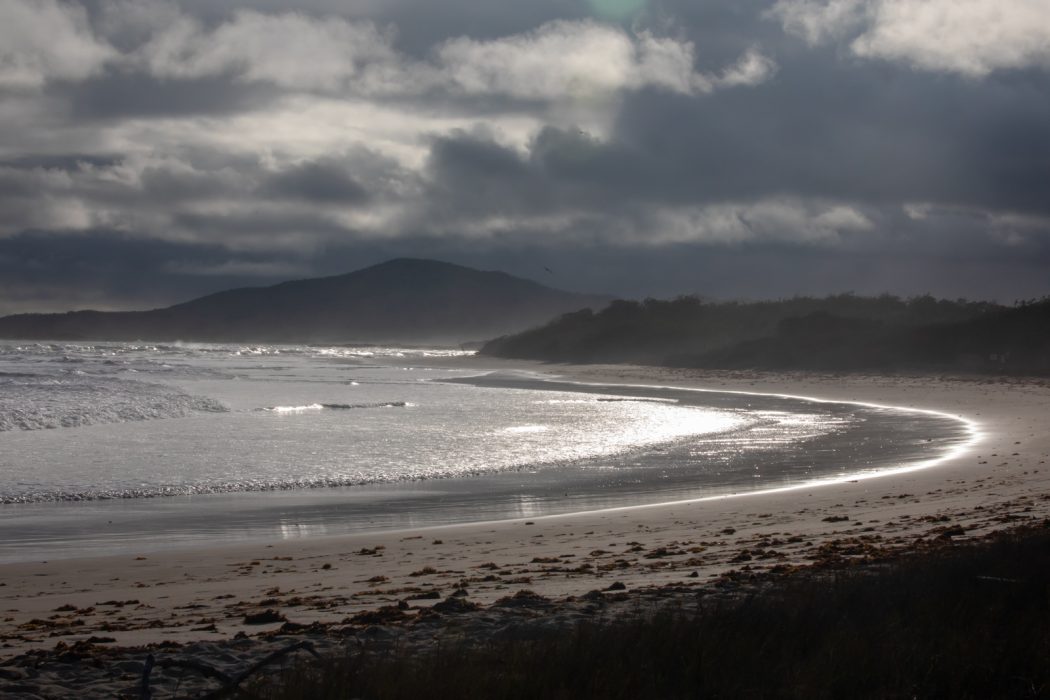 South from here there’s nothing but the vastness of the Pacific, nothing until you hit Antarctica’s Ross Ice Shelf where, for now, the ocean still freezes. Due west you’ll find more of the same ­– only the mighty sea, all the way to the island of Biak, just north of Papua, more than 9,000 miles away. That’s over a quarter of the globe’s circumference, around the bluest part of the great marble.

The Galapagos are remote by almost any standard, but Isabela – the largest and wildest island – is more distant still. Formed by five volcanos fused together by magma and time, it has long been said to resemble a gigantic seahorse on the map. Bigger than the rest of the islands combined, it is approximately the same size as Northumberland, if you count areas by English counties, or 11 Arrans, if you prefer Scottish islands as a metric.

Despite this enormousness, Isabela is home around just 3,000 souls, though when I visit, the number is likely lower, people having moved to more populated areas for work or better healthcare during the pandemic.

I’m not quite the only tourist on the island, but we are a rare breed, odd enough to have some locals stare, amazed and possibly relieved that some interest in their island had been revived. Even if I had the Spanish to adequately explain to these people that I am no great white hope, I’m not sure it’d have the heart to tell them.

Like the majority of the island’s population, I decide to base myself in Puerto Villamil, a sandy village on the island’s southern shore. Where streets in the largest towns in the Galapagos are made of lava rock, here the main thoroughfare is unsealed and golden. Palm trees hang high above, while the surface is laced with thick rope acting as rudimentary speed bumps to remind drivers of marine iguanas crawling in and out of the ocean.

Within a few hours of being in town it’s clear that the place is deep in the grip of a Covid torpor. There’s no official curfew, but the streets are so quiet there may as well be. Many of the businesses are shuttered, while the half-formed cadavers of others – a bar, perhaps, or another guesthouse – stand unfinished and skeletal. Puerto Villamil was sold the promise of tourism and now it’s all gone away. No one knows what will come next and until then, few seem willing to gamble.

Consequently, finding somewhere to eat isn’t easy and on the first night I pay a nauseating $25 for ceviche in the only restaurant open on the main plaza. This is, of course, my fault, having fallen prey to one of the oldest tricks in the tourist town book – spotting other foreigners being used as window dressing, I believed their presence was a ringing endorsement for the safety or quality of the establishment. What an idiotic boob.

The following night, I walk the dark, dusty road into town with fists clenched, determined not to get ripped off again. There are no significant supermarkets on Isabela, but I tell myself that if I can’t find reasonably priced food, I’ll have to make banana-and-peanut-butter sandwiches for dinner back at the hostel. I’m the only guest so at least there won’t be any witnesses during that shameful meal.

As I approach the plaza, it’s clear that something else is afoot tonight. It is Friday and from several blocks away I can hear music and people. Unlikely as it had seemed for the previous 24 hours, it sounds a lot like something is happening.

All of the problems Covid-19 brought to the islands are felt more keenly on Isabela. There’s only one doctor here and no way to adequately treat anyone with the virus. With no international airport and cessation of flights from their airstrip, things can quickly feel very cut-off.

As supply lines constricted, Isabeleños turned inwards, to the land and to the sea and to each other. As happened in other parts of the Galapagos, they entered a barter system, trading whatever they could with each other: crops for fish; clothes for skills and so on. It’s still happening now, mostly conducted through a 250-strong community WhatsApp group. During the tightest lockdown, fishermen only took money for fuel, then went door-to-door, giving away their catch. A couple of times a week men still saddle-up and ride out into the wilderness to murder feral pigs and cattle, animals introduced by their forebears. When they return, blood-spattered and exhausted, portions of their quarry are given to or traded with the community. It is a very pure form of hunter-gathering.

For others, at least a little hard cash is still a necessity and as the islands begin to open up and reality slowly returns, that’s becoming more of a priority. To that end, this Friday night feria is a way of circulating money, as well as giving people a chance to forget about the ceaseless burning of the wider world.

The staff from the Isabela Grill haven’t reopened their restaurant but tonight they’re manning one of half a dozen cheap gazebos, barbecuing as much meat as the grill can hold under an exposed bulb while a generator chunters grumpily in the background. I join a slow queue and have a look around while I wait.

A few hundred people have come out for the evening. Many are wrapped up in layers for what to me is perfect t-shirt weather. Here is a boy with a candy-floss four times the literage of his head; there are two siblings squabbling violently over a football. Like me, the itinerant street dogs have sensed a change in the atmosphere in Puerto Villamil and bound around with excitement, no doubt thinking of the scrap-feast to come. Mockingbirds babble as though they’ve had too much coffee while in the gloaming the ominous forms of frigate birds glide and swoop. Below, a woman deep-frying empanadas hears her name called out over a distant speaker – she has won a raffle and raises both hands like a prize fighter who’s had the judges’ decision go their way.

Once I get my mystery meats from the grill, I take a seat on a little camping chair nearby and quickly accept a local beer from the chef. He asks three times if I’m enjoying everything and assure him each time that I very much am.

As I gracelessly eat with my hands, four kids nervously approach me. One says ‘hello’ in English, then a younger, cheekier one repeats it as a sort of incredulous question – “hello?!” – before they fall away giggling.

In the background, the loudest noises are coming from a small football stadium. Wiping the gravy from my chin, I head over to take a look. There are no seats left on the bleachers inside, so I stand behind the fencing watching a game of five-aside. The pitch is artificial, but the good 4G imitation grass, not the dreadful slippery, salty surfaces I grew up with. I ask the person next to me what’s happening, and he explains that they’ve waited eight months to be able to play, Covid having ruined plans for the grand opening like so much else. Tonight’s mini tournament is a celebration, a release after all that delay and frustration and fear.

A new game kicks off, with one team dressed suspiciously like Juventus, though it’s a bit of a stretch to believe that the Jeep logos on the front of their jerseys are the result of official sponsorship. Regardless, this team look like a handy bunch, all athletically built and technically sound – far more than they have any right to be, considering where we are. They are also blessed with a bold goalkeeper who, like all the best goalkeepers, is an obvious psychopath.

Coming out of the box at every opportunity, he makes aggressive slide tackles at the feet of opposition attackers. After a few of these potentially tendon-snapping challenges, the strikers visibly wilt inside their red-and-black strips, perhaps understandably more concerned about their ankles than winning the game.

Then something strange happens – the opposing team take off their dainty forward and replace him with a portly, barrel-chested lump of a man. Bringing on this conspicuous non-athlete seems like a fairly laughable call, but the big man doesn’t try to play up next to the goalie, instead dropping deep (or possibly just not running) and playing passes out to the wingers.

Ten minutes after the beef olive’s arrival, the mad goalkeeper has been caught out of position so often his team are losing 3-0. I turn away, worried it will become embarrassing, while he loudly berates the defenders for his mistakes. If he went on to throttle a teammate or the pitch-side commentator, I would not be surprised.

Another beer in hand, I turn back to the plaza and walk around, nodding at people, buying more food I can’t possibly eat, certain that this renewal of community is as vital for humans as the warm sun is for marine iguanas. The chance to play football in the new stadium is one thing for the islanders to celebrate. The simple fact it is Friday is another. But I later find out that there is bigger news than that – just this morning, Isabela found out that it was Covid-free.

Tomorrow, the feria will be packed away and the plaza will again fall so quiet I will wonder if the entire evening had been some kind of fever dream. For now, though, the island is full of life.