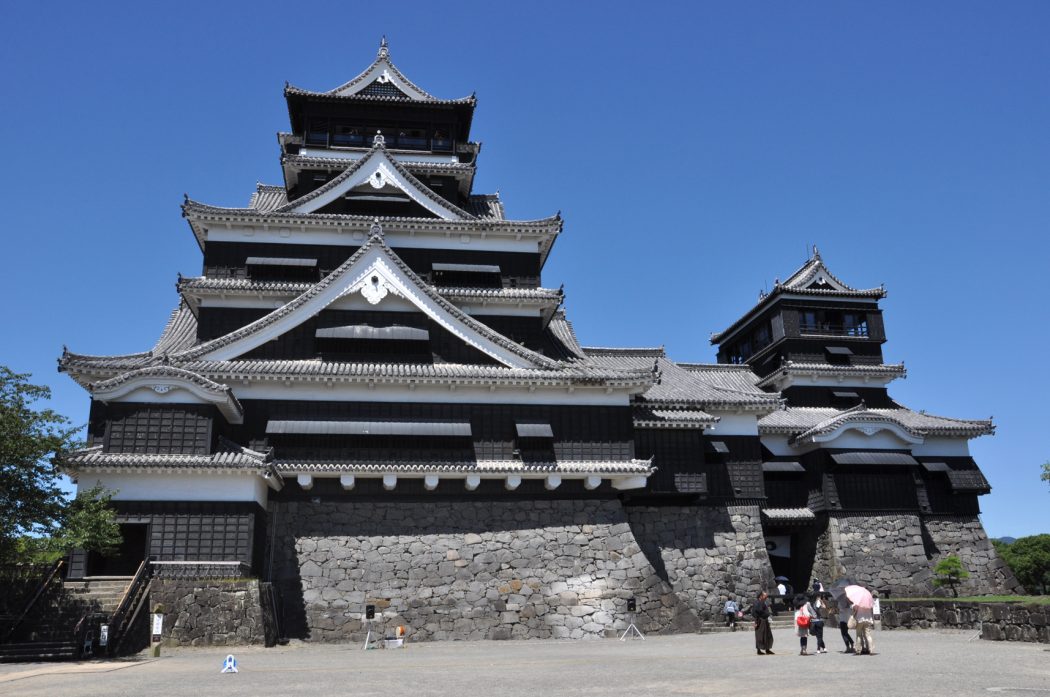 Isolation and the Last Samurai

At the start of the 17th century and the beginning of the Edo Period, Japan decided it didn’t want foreign friends any more. Citing moral decline, the arrival of alien religions and the wicked vices of the wider world, it closed its doors and entered a period of self-isolation known as Sakoku.

In the bustling port of Nagasaki, they burned alive and crucified several hundred people, foreigners and locals alike, propping them up like fleshy flags to show they were serious. Japan had effectively become the North Korea of its day, with one or two notable exceptions.

Traders from China were officially treated the same as any other foreigners, but in reality had far greater freedom to trade and enter the country. The only other country granted exemption was the colonial power of the Netherlands, which had helped to oust the Spanish and Portuguese ships from Nagasaki port, tutting loudly about them spreading Catholicism, while simultaneously doling out Protestantism under the table. However, even the Dutch were restricted in their movements and Nagasaki was the only port open to them. Essentially Japan looked after itself for over 200 years until the American Commodore Perry arrived with his black ships and threatened to huff and puff and canon-ball the doors down.

His arrival in turn triggered the Meiji restoration (the return of Imperial rule) and within 50 years, Japan would find itself at the start of a series of wars that would ultimately end with the nuclear bombings of Hiroshima and Nagasaki, the birthplace of Sakoku. Some people probably look back on it all and say: “Well we’d have been better off if we’d kept the world out – we never had any war during the Edo Period.” Which is true: under the Tokugawa Shogunate, who enacted Sakoku, Japan was almost exclusively peaceful. Other than the odd suppression and assassination, it was a remarkably stable state. At the start of the 17th century the country’s most impressive, impregnable castles were being erected, but the nation was so peaceful none of them were ever used.

Or almost none of them. Kumamoto Castle, which owing  to widespread natural and made-made devastation is today is a reconstruction of the original, was the site of the last castle siege in Japan – and as it happened in 1879, probably one of the last in world. While other examples around the country were claimed by accidental fire, or lightning, or Allied bombs, Kumamoto Castle was totalled during a full-on actual siege, during one of the most tumultuous times in Japan’s oft-fraught history.

Even though it was free from war, the Sakoku period perhaps wasn’t quite as Edenic as it sounds. The Shogun, the Dear Leader of his day, was able to govern a peaceful nation because he ruled it with an iron fist; until inevitable rebellion, totalitarianism does tend to have a calming effect. The shogunate succeeded by installing feudal lords around the country, then fuelling them with rice allocations, firearms, samurai warriors and land. This spread the wealth beyond the boundaries of the Imperial Palace, but not so far that the plebs got an equal share. The shogun also held the lords’ wives and children hostage in Edo (now Tokyo) to ensure fealty.

The peace couldn’t last, and within a generation of Perry landing, the entire political and social structure of the country had been reordered. Unsurprisingly, the people who had been made rich and powerful with the status quo didn’t take kindly to the sweeping changes. And so, with the country in near-chaos and people from Hokkaido to Kyushu holding different beliefs of what should be happening in the country, the Satsuma Rebellion began.

The events were (very) approximately translated to the silver screen by Tiny Tom Cruise in the 2003 epic The Last Samurai. While his lank-haired character was an amalgamation of several gaijin from over the years (none of whom had anything to do with the Satsuma Rebellion) Ken Watanabe’s rogue leader character was a much more accurate depiction of Takamori Saigo, leader of the rebellion, who is often referred to as, yes, the last samurai.

Though portraits make him look vaguely like a Simpsons character and who enjoyed a bit too much tempura, Saigo was able to rouse a 6000-strong rabble of disgruntled samurai in his native Kagoshima in the extreme south of Kyushu and head north across the island. Their first target was Kumamoto’s famous castle: the rebel leader knew that if he took that, all of Kyushu would effectively be under his domain.

He could hardly have picked a tougher target. Despite outnumbering the men inside with more experienced troops, and despite almost 300 years having passed since the castle was first constructed, Saigo’s rebellion stuttered during the 50 day siege. Hundreds died, inside the castle and out, but in the end reinforcements arrived from Edo before the rebels could capture its flag. From there, Saigo and his troops were effectively fighting a losing battle, consistently out-manned and out-gunned. They somehow made it back to their native Kagoshima, where they were faced with a force of imperial troops sixty times greater than their own. Saigo reached for the short sword and took what he thought was the honourable way out, lamenting: “It was not the Imperial forces that defeated me, but Kiyomasa and his castle.”  The remaining 40 rebels effectively opted for seppuku too, charging headlong into Gatling guns and annihilation.

And that was that: in this version of events the Stormtroopers’ aim was true, the Death Star remained intact and the emperor reigned supreme.