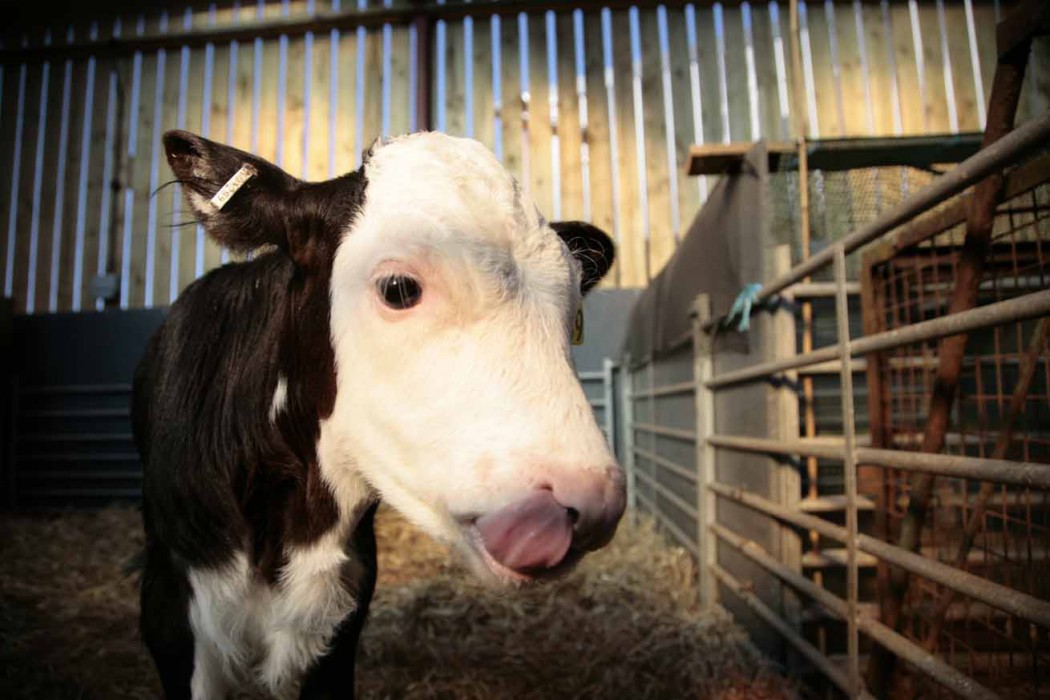 I’m wrist-deep in the sticky viscera of a pig and chicken when it strikes me that the new sausage-making course at Kate Humble’s farm isn’t for the faint of heart – nor for devout Muslims, nor Jews, nor vegetarians of any sort for that matter. However, it is, perhaps, a course for animal lovers.

The majority of people who have joined me on the latest course at the Humble By Nature farm in Monmouthshire are extremely interested in their food and, to a person, believe that it’s better to know where it comes from rather than blindly buying slop from supermarkets. So even though we’re mashing porcine back fat and emulsifying chicken thigh meat, then preparing to force it all into a sheep’s entrails, we’re fairly certain that: A) the animals are past caring by this point, but that: B) they had a pretty jolly life until their humane demise.

Bless the eloquence of the French, their word (long since kidnapped by English) for this largely barbaric process is charcuterie. It’s soothing, somehow romantic, like abattoir – “Charcuterie from the abattoir” sounds so much nicer than “links from the slaughterhouse.” Even so, squeezing sausage meat into sheep “skins” is as pragmatic and romance-free as a high school sex education course: “Ensure there are no air bubbles and don’t burst it”, says instructor Graham Waddington while I titter like an adolescent fool.

Charcuterie is the newest course at Humble By Nature, but various rural skills programmes have been taught on the BBC presenter’s farm since February. There’s hedge-laying, foraging, bee-keeping, pig-raising, lambing, an introduction to small holding and so on – the sorts of things city types come to learn in order to be self-sufficient should London be devoured by zombies.

Waddington’s instructions rarely leave anything to the imagination: “Veal needs to be minced very finely to break down any sinew,” he says when someone asks what meats can be used in sausages. But poetry or not, he speaks with the calm authority of someone who has intergenerational gore under his fingernails.

I’m quite surprised, then, when he reveals he’s only been doing this for eight years – before this he worked a as a workplace investigator for local government. I assume he was at least raised in the countryside then? “No, Wimbledon,” he says with a chuckle. But his successful transition from salary man to meat master is encouraging to others on the course hoping to undergo a similar transformation.

Kate Humble and husband Ludo Graham bought this old farm from Monmouthshire council last year. Like many council farms around the country, it was somewhat dilapidated and an asset the local authority was keen to sell off. The government had originally acquired it a century ago to help keep agricultural skills relevant for the next generation. Resurrected as Humble By Nature, it’s once again fulfilling that initial remit.

Of the 117-acre plot, the Humble By Nature courses are taught on around seven while resident farmers Tim and Sarah Stephens manage the majority of the rest as a working land. They also help out with the courses, and live in half of restored farmhouse at centre of the site. The other half, known as the Piggery, has been renovated as overwhelmingly lovely on-site accommodation for guests.

“We aimed the courses at people like us – we wished we’d had someone down the road that we could go to when we didn’t know what to do,” says Humble when I speak to her later. The Lambing Live host may look entirely natural cajoling new-born sheep into the world, but she too found the initial move to the country intimidating. “We had four acres of land at home and we were terrified – it’s like taking on this enormous legacy, you feel very responsible for it. Even though you ostensibly own it, you’re a caretaker for it, and most of us are scared we’ll screw it up somehow.”

The following week, I return for the Introduction to Smallholding course, Oink Cluck Baa (there’s no Moo – keeping cows, the group agrees, equates to proper farming). The goal here is to explore the realities of entering the countryside as something more than a part-timer. By the time tutor Liz Shankland has laid bare how alarmingly disease-ridden sheep are, and the fact you can never have another holiday, and that you definitely shouldn’t buy land expecting to make money, the class is a good deal more grounded. However, once we’re out in the autumnal sun with the animals, all those concerns drops away and eyes glaze over at the thought of being able to gather honey, eggs and wool.

Much as on the charcuterie course, the attendees have assembled from various parts of England and Wales. When Shankland asks what brought everyone here, it’s clear they’re a fairly serious bunch with solid plans for the future. One couple have acquired 12 acres in Somerset; a woman has several sheep due to arrive on her five-acre plot in Wiltshire; a stern-looking military man is looking for a plot in south Wales.

It’s hard not to feel a little embarrassed when they get to me (16 concrete slabs just outside Bristol; landlord won’t let me have even a goldfish), especially as I’d expected so many more namby-pamby urban types on the course. Instead, when we go out to see the animals in-situ it’s only me who tiptoes across the field, desperately trying to avoid sheep shit; no-one else seems to find the thick, musty reek of the pig pen quite so repugnant either. I worry that I stand out as a phony, but Humble assures me the majority of punters come simply for fun.

“At the moment there’s a real feeling of people just wanting to do something new, so we hope that’s something we can provide,” she says. “It may be that they never thought about having a smallholding before, but they have a day here and think: ‘Actually, why the hell not? Why don’t we completely change our way of living? We don’t want to be city slickers any more, we want to wear our Wellies and be covered in shit all day.’”

A version of this piece was published in the Guardian in December 2012.