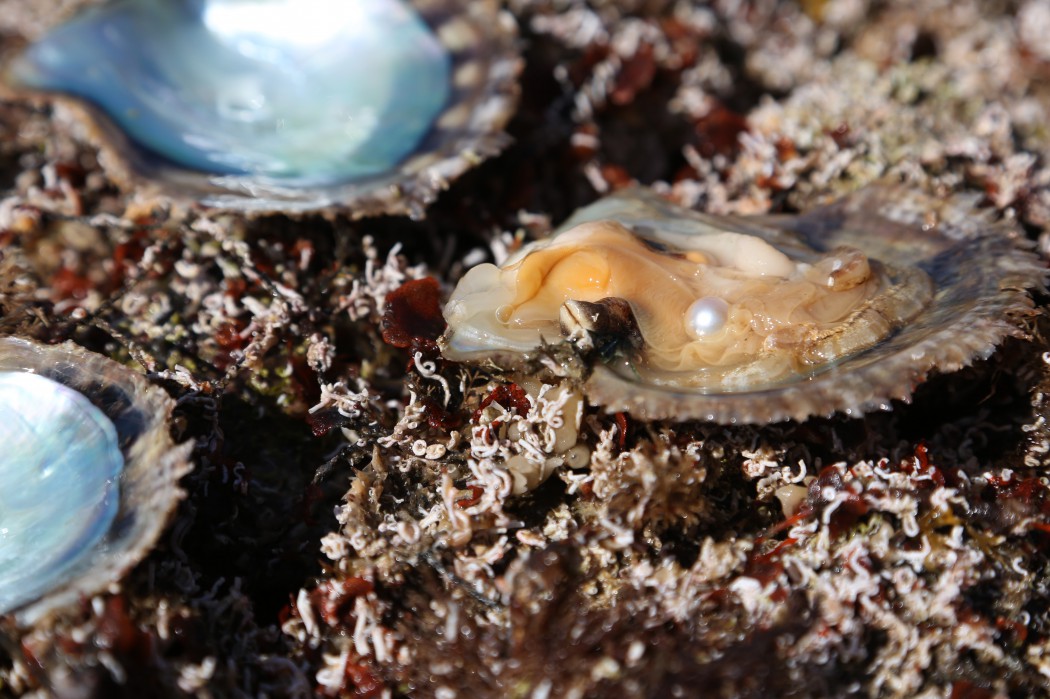 A few years ago, before its streets were awash with violent anti-government protests and doctors and journalists were being jailed, I went to Bahrain to learn about their pearl trade. For a long time, pearl diving had been the tiny island-nation’s main industry. When the season was in full flow, every man on the island – 30,000 of them – would be involved in the often brutal process of diving for oysters, sinking into the depths with animal stomachs full of air as their only oxygen supply. Many drowned. Others suffered from the bends. Some simply disappeared.

Despite these harsh conditions, Bahraini pearls were regarded as just about the best in the world; Europe’s fussiest jewellers, including Jacques Cartier, would make the journey to the Gulf to inspect their quality. Then, in the East, a technological breakthrough emerged – the Japanese learned how to synthesise pearls. Experts couldn’t tell the difference between that which had been foraged from the bottom of a sea and that which had been manufactured. Within a year, the Bahrainis were put out of business (though fortunately, at almost exactly the same time, the British discovered oil off their shore, saving the island’s economy).

As I sit at the Doi Pearl Farm in Ehime prefecture on the island of Shikoku, Japan, I mention how unfair this seems. Pearling had been the heart and soul of Bahrain – it’s even said that their red and white flag is based on a pearl sitting on a silk presentation sheet.

“Red? Are you sure?” asks Kazunori Doi, joint owner of the pearl farm in the Uwajima region of Ehime. He has always presented on white, so as to see the pure colour of the pearl, untainted by its surroundings. To present on red would give the pearls a pinkish hue.

Before coming to Japan I had imagined that the Bahrainis had been blown out of the water by a sterile, clinical procedure developed by the Japanese. At best I expected to find laboratories, but more likely factories, mass-producing pearls on an industrial scale. But instead the whole process takes place on a fairly small scale, with oysters being individually impregnated with plastic beads before being placed into the water for anything up to two years.

The truth is that while the synthetic technique gives the pearls more of a fighting chance, Mother Nature and blind chance still play essential roles in their formation. Pearl farming in Japan is a surprisingly imprecise business.

When Doi explains that the oyster undergoes a “small operation” I assume it to be a mistranslation, but there is no better way to describe the delicate surgery that takes place. With the utmost care, the shell is opened, a small incision made into the “pocket membrane” and a tiny white ball placed inside. This is one of the biggest advantages of this synthetic method – the shell will coat a perfectly spherical object, increasing the chances of a round pearl. In the wild, they will latch onto anything that makes its way into the shell, typically irregular-shaped grains of sand.

They can be submerged for as long as two years, though most come out after one. The longer they stay in the water, the greater the risk of failure – and the more they have to be cleaned. The shells will be tended to every two weeks while underwater with parasites and grime removed (this was in contradiction to what I heard in Bahrain, where divers believed the uglier shells provided superior jewels). The size of the pearl can be influenced by the size of its implant and the duration it stays in the water, but the colour is randomly assigned by the pearl.

So efficient are the pearl surgeons that 600 of these implants can be made in a day. Yet nowhere near that method will survive – it’s a bit like a mother turtle laying hundreds of eggs on a beach, then abandoning them to their fate. Half of the oysters will die from the operation. Of the survivors, 60 per cent will be useable in some way, though only around four to five per cent will be regarded as top quality.

The Doi Company offers the chance for guests to pick and oyster and see what they find. If their first selection is dead, they can go again until they find a live one. They can eat the oyster, too. It’s hardly free-diving in the ocean, but fun nonetheless, especially as there’s then an option to have the little treasure immediately made into a piece of jewellery.

Doi then offers me a crash course in pearl inspection. A master with decades of experience, it’s clear he sees things my novice eyes do not. A good pearl must have a consistent colour and a perfect surface. Impurities render it virtually worthless. When he tells me this, I look at my poor, warty little pearl with pity – it had looked so beautiful when the shell was prized open, but now I notice an unsightly lump.

Bigger pearls can often be worth more, but not if they’re a boring colour or disfigured in any way. And besides, if they’ve got a naturally pink hue, they’ll be worth a lot more. Find a series of perfect pink pearls and you can assemble a necklace worth thousands of dollars – several of which are also sold onsite here.

It might not have the romance of finding something at the bottom of the sea, but Doi does have a personal treasure – his uber-pearl, a fat, flawless beauty. His one-in-a-million pearl. He keeps it alone in a little case, and only occasionally brings it out to let guests see what perfection looks like. He refuses to put a value on it and is fairly sure he wouldn’t sell it anyway. To me it’s just another pearl, but to the master it clearly means a lot. “Have you named it?” I ask when I see the adoring look on his face. “No no no,” he says, emphatically shaking his head. “That would be crazy.”

A version of this piece was published in Fairfax Media’s Traveller in June 2014.