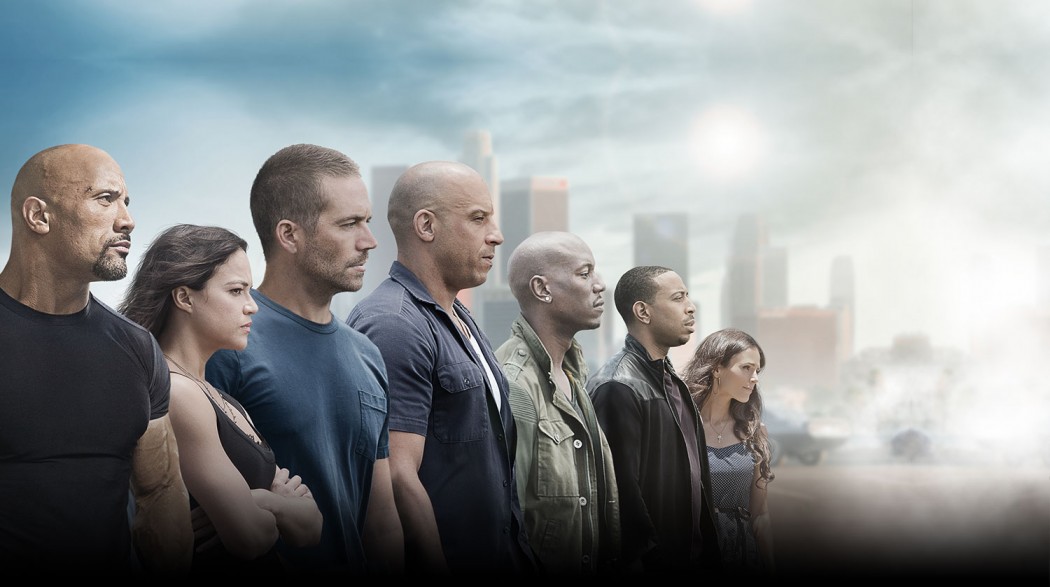 On a hot night in late June 2001, a group of young, largely unknown actors shuffled along the red carpet at the premiere of their new film in Los Angeles, California. Many had made fashion choices they would later regret. Among them, Paul Walker wore an ill-fitting suit with a wildly flared shirt collar and the look of someone who was just happy to be there. His skin was covered in a sheen just shy of sweat, which was perhaps caused by the unusually humid evening, but could easily have been explained by nervousness, too.

The promo posters for The Fast and the Furious declared that it starred Walker, Michelle Rodriguez and Jordana Brewster, but so what? Who were they? The other name on the list was Vin Diesel, which must have read like a lazy, albeit on-brand pseudonym, hurriedly dreamt-up for this movie all about high-octane cars and street racing.

By the end of the year, the first Lord of the Rings and Harry Potter films would be released and the movie-going public would find itself in decades-long cycles of sequels, prequels and expanded universes. But, though no one would have known it in 2001, The Fast and the Furious world would out-last both Middle-Earth and Hogwarts, going on to take US$2.4 billion for Universal Studios, making it their biggest franchise of all time.

The sixth film alone took $780 million – it’s reasonable to expect that when Furious 7 is released this month, it will fare even better. So unimaginably popular has it become that in the notoriously shifting and shifty world of Hollywood, the Furious franchise comes with that rarest of things – a virtual guarantee of success.

For those who have been involved from the start, the whole thing seems little short of miraculous. “When this movie first came out, sequels were corny,” says Michelle Rodriguez over the phone from her home in LA. “The idea of doing a second, as an actor, you’d say: ‘Heck no, it never works!’”

Like the Harry Potter series, The Fast the Furious gathered a group of relatively untested actors and quite literally thrust them into the headlights, but there was initially no grand plan for the future. “We never imagined [the level of success]. I just had my eye on the moment – how could we make it better than what’s written?” says Rodriguez. “It was my introduction to Hollywood – all of our introductions, really… It was kind of like being thrust into a machine, but it was wonderful – we had each other to back each other up. Our chemistry was amazing.”

Even for fans, The Fast and the Furious timeline is not easy to follow. Contract disputes and creative differences saw cast members and directors change from one film to the next, resulting in script rewrites to include prequels, sequels and an ever-evolving array of characters. Through the first five films, the only constants were the fantastical cars and the increasingly outrageous stunts and chases performed in them. Like the vehicles, the action and actors were customisable and expendable, just so long as the film was more breathtaking than last time. The locations became more varied and global too, almost as diverse as the multiracial cast, which seems to cover just about every ethnic permutation imaginable.

For Chris Bridges, AKA Ludacris, the formula for success has been as simple as it has surprising. “Number one, wherever you are, all around the world people love cars,” he says from Atlanta, Georgia. “They love to customise cars. Some people love to race ’em. The people who can’t, they live vicariously through these characters. Number two, there’s this underlying theme of family. Family comes first. Family, cars, beautiful women, crazy action stunts and scenes… It’s a combination of everything.”

Ludacris took a break from his career as a rapper when he was cast as driver, mechanic and rubber-faced comic Tej Parker in the second film in 2003. Furious 7 will be the fourth time he has been involved in the series, his commitment to which saw five years pass between albums. He bristles when asked if his acting career will continue beyond the brand, before adding: “I never knew it would be this huge. I’m just happy to be a part of it – I don’t think anybody expected that we’d be on number seven at this point. For that matter, the last one did $780 million, so hopefully we’re looking to do a billion on this one.”

Those are astonishing numbers – especially in a year with franchise behemoths Star Wars and Marvel’s Avengers vying for box office dollars. “Exactly man,” says Ludacris. “I think that speaks to how much people love it and how much they support it. You can’t be mad at that.”

For this seventh instalment, the action arrived in Abu Dhabi. With a huge local interest in super cars and the production’s dedication to diversity (not to mention a sizeable tax break on offer) the move made perfect sense for Universal. For Abu Dhabi, when a special trailer was released during the Super Bowl on 1 February, the Emirati capital effectively made its screen debut for millions of people around the world.

Even by the Fast and the Furious’ manic standards, it was a spectacular introduction. The closing stunt shows Vin Diesel’s character, Dominic Toretto, crashing a Lykan HyperSport out through one of the upper floors of the Etihad Towers, floating across the Abu Dhabi sky while Jason Statham fires grenades at him, before the car smashes through a window of a neighbouring tower, skidding past a small deployment of Terracotta Warriors as Diesel leaps out and narrowly avoids falling out the other side and onto the Corniche below. Elsewhere in the clip, Michelle Rodriguez – who leapt 50m from a speeding tank in the last film – is featured having a fist fight with MMA fighter Ronda Rousey while wearing a cocktail dress at the Emirates Palace. If you’ve never seen a Fast and the Furious film before, the clip, a little over a minute long, tells you everything you need to know about the franchise.

“It was an interesting experience, going to Abu Dhabi – a different culture, of course – but I’ve been to the Middle East very often,” says the 36-year-old Rodriguez. “It’s an interesting place because it shows you a culture that’s struggling hard to maintain the integrity of its lifestyle in a world that’s changing.” Though her brawl with Rousey was filmed in a studio back in Atlanta in order to protect the Emirates Palace, she has no doubt that Abu Dhabi will be finding its way on to more screens soon. “At the end of the day, it’s a very simple formula. If you give people that tax-break, they will come,” she says.

Savings like those allow the studio to spend more on production (Furious 7 also features several cars being parachuted out of a carrier plane) and more on its now globally famous cast. Vin Diesel, who was a bouncer before he found on-screen success, was reported to be the highest-paid actor in Hollywood last year, even though his only major release was Guardians of the Galaxy, in which he voiced an animated tree doomed to say just three words again and again: “I am Groot.”

Looking at the enormous success enjoyed by virtually all of the actors associated with the franchise, it’s hard not to see it as having some kind of Midas touch. And if the actors weren’t interested in cars prior to being involved, they certainly were afterwards – many have amassed large personal collections of vehicles, endorsing brands and appearing on motor shows along the way. Of all the on-screen drivers, Paul Walker was, according to Rodriguez, the most enthusiastic petrolhead of all, a fact which makes his sudden death in a high-speed crash at the end of 2013 all the more tragic.

The ride through seven films over 14 years was rarely smooth, but never rougher than when Walker passed away in circumstances that could easily have been in one of the movies. He was the passenger in a high-powered Porsche which crashed after leaving a charity event in LA, killing him and the driver. Walker was barely 40 years-old and though he wasn’t driving, it’s hard to ignore a feeling that had he never been involved with the franchise, he would never have been in such a car travelling at such a speed.

The shock of his death affected everyone, especially Rodriguez, Diesel and Brewster, who had walked that first red carpet with him in 2001. To further complicate matters, work on Furious 7 had not finished at the time of the accident. Walker had been scheduled to arrive back in Abu Dhabi to finish his scenes, but four months after his death, it was announced that his brothers Cody and Caleb would step in as body doubles to complete the film.

Despite the vast sums of money it has made – and Universal is reported to have the option for another three films – it would be no surprise if the loss of one of the founding fathers saw further production halted. However, for Rodriguez and the rest of the cast, the focus is now very much on giving their friend a fitting farewell. “I watched the film once to make sure that we’re paying respect – I gotta say, man, I let out a big sigh of relief when I saw it for the first time,” she says. “We all did, because I think the pressure on everyone wanting to say goodbye was huge. Everybody wanted it to be the best and I think it shows when you see the final cut – I’m very proud of it.”

Rodriguez will now have to attend this latest glitzy LA debut with many of the same people who posed for photographers 14 years ago, and one very conspicuous absentee. “When it comes to the premiere, I think I’ll probably be having dinner when everyone is watching it,” she says quietly. “It’s just too much, you know what I mean?”

A version of this piece was published in Etihad Inflight in April 2015.