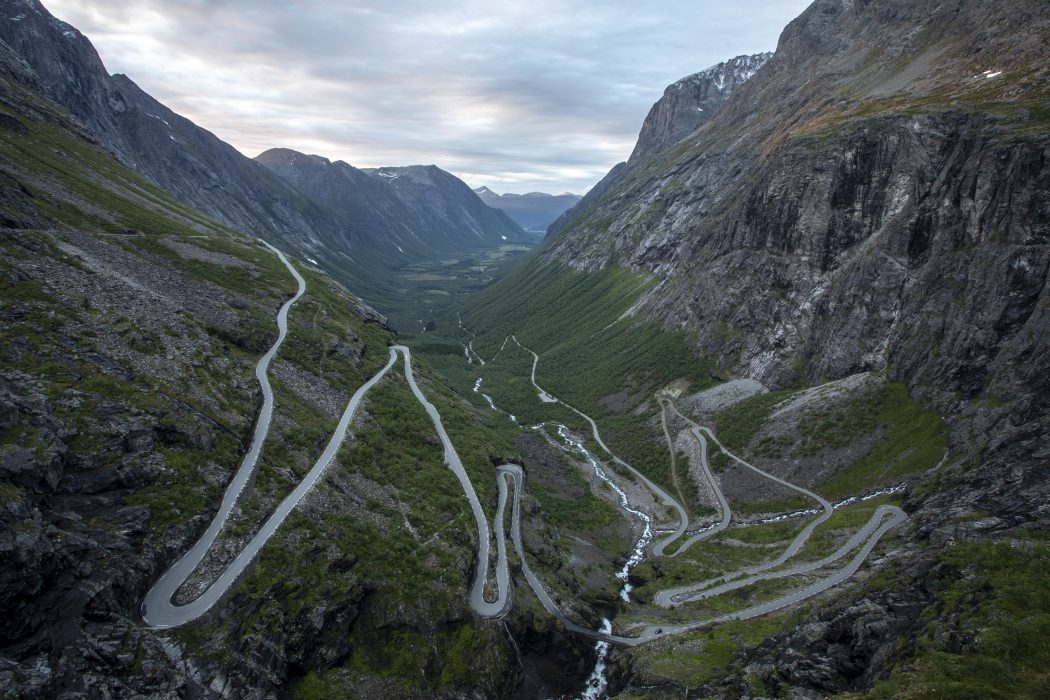 It takes remarkably little time for Noah, my 13-year-old cousin, to settle into the particular smugness that comes with being in a Tesla. We may only have the Model X for a few days, and of course Noah doesn’t get to do any of the driving, but we’ve barely left Oslo before he’s laughing at conventional cars’ inability to match our lightning speed.

That we have come to Norway for an electric road trip is no accident – electric car ownership here is the highest anywhere in the world and, at the end of 2017, Tesla was the number one selling car brand of any type. The popularity of driving like this is now so high that on arrival in Oslo airport, electric cars are an (expensive) option from most rental outfits.

Or at least they are expensive if you don’t go with a Tesla who, to add to that sense of superiority, allow their users to top-up the car at their branded superchargers free of charge. Of all the car’s features, this is the one that appeals to me most and matters least to Noah.

This is his first time in Northern Europe, which is exciting in itself, but not quite as thrilling as being in this weird sci-fi-mobile. His favourite school subject is computing and while Tesla has some shortcomings, technology and gadgetry it absolutely does not lack. “Look at this! Why would anyone want to do this?” Asks Noah, using the electric controls to put his seat an unnaturally forward leaning angle. Every time we stop, he relishes in opening the dramatic falcon doors, mostly so he can then press the button that closes them all simultaneously.

We’re heading out to Åndalsnes in western Norway, 420km from our starting point in the capital. This is more than the car can manage in one charge, meaning we’ll definitely need to stop. While I focus on the road, Noah inputs the destination into the sat-nav, which duly plans our route, factoring in how many stops we’ll require and how long we’ll need to charge – once, it turns out, in Lillehammer for about an hour while we get some lunch. (A couple of days later we instead stay at the Clarion Collection Lillehammer and use its destination charger to power-up overnight).

“Do you think Elon Musk knows we’re driving this?” Asks Noah when we’re back on the road. I decide not to debate the Tesla CEO’s perceived megalomania or hostility towards journalists, and instead punch the accelerator. This makes us both giggle at the car’s freakish ability to zip to (but obviously not exceed) the speed limit. While this is fun for its own sake, it’s also very useful for efficiently overtaking on roads that get increasingly serpentine as we follow the colossal fjords west towards the ocean.

I consider explaining this practical use to Noah, but his mind is elsewhere. “In the future, when all the cars are self-driving, do you think when there’s an accident the AI will decide who lives and who dies based on the lives they’ve had?”

A bit unsure of how to proceed with this suddenly sinister line of questioning, I let the Tesla get me out of the hole. The Model X also has a full Spotify account and I use its voice command function to load The Prodigy’s Diesel Power. The irony of listening to this particular song in a whisper-quiet electric car may be lost on Noah, but I was his age when it first came out and I remember it sounding impossibly futuristic. As the brontosaurian bass crashes in with so much force the wingmirrors quiver, I look across, see him nod in approval, and once more our robotic future seems like a wonderful thing.

Outside, the Norwegian countryside seems to belong to a different kind of fantasy, one populated by elves and dwarves, straight from the pages of Tolkien. The steepness of the valley walls is endlessly breath-taking, and each time we emerge from a long tunnel, the countryside seems to explode with renewed drama. “Awesome,” says Noah. I’m not sure if he knows just how correct his phrasing is.

Located in the Rauma Municipality, scenic Åndalsnes is marketed as the ‘mountaineering capital of Norway’. While Noah and I don’t have the time or upper-body strength for that, its location on the shores of Romsdalsfjord and the mouth of the Rauma River is undeniably pretty.

We’ve been driving all day when we arrive, but after a quick and pricey dinner, we decided to use the last of the daylight and the 32 percent of the battery remaining in the car to explore a little more. Just half an hour outside of town, Trollstigen is one of the most famous roads in Norway, a crumpled python climbing a valley, repeatedly hopping over a waterfall. At other times of the day, and especially during summer, it can get quite congested, but this late, with the last of the sun disappearing over the valley summit, Noah and I have it to ourselves.

The following day, rather than go back the way we came, we decide to make an enormous, impractical loop, heading out to Kristiansund on the west coast, then travelling along the remarkable Atlantic Ocean Road. This includes a trip through the Atlantic Ocean Tunnel, an almost 6km-long wonder of modern engineering that disappears 250m below the sea and emerges near Vevang.

As we pop back out into the daylight a toll booth is waiting for us, ready to charge over £20 for the privilege. Scrambling for the money, Noah laughs when I moan that “at least the Vikings had the decency to come at us with axes” but no sooner have I said this than the lovely lady in the booth is telling me that electric cars are exempt from the charge.

It’d be wrong to describe that as the highlight of the trip, but as put the foot down and the car surges silently forward, we both feel a little triumphant.

A version of this piece was published in N by Norwegian in August 2018.