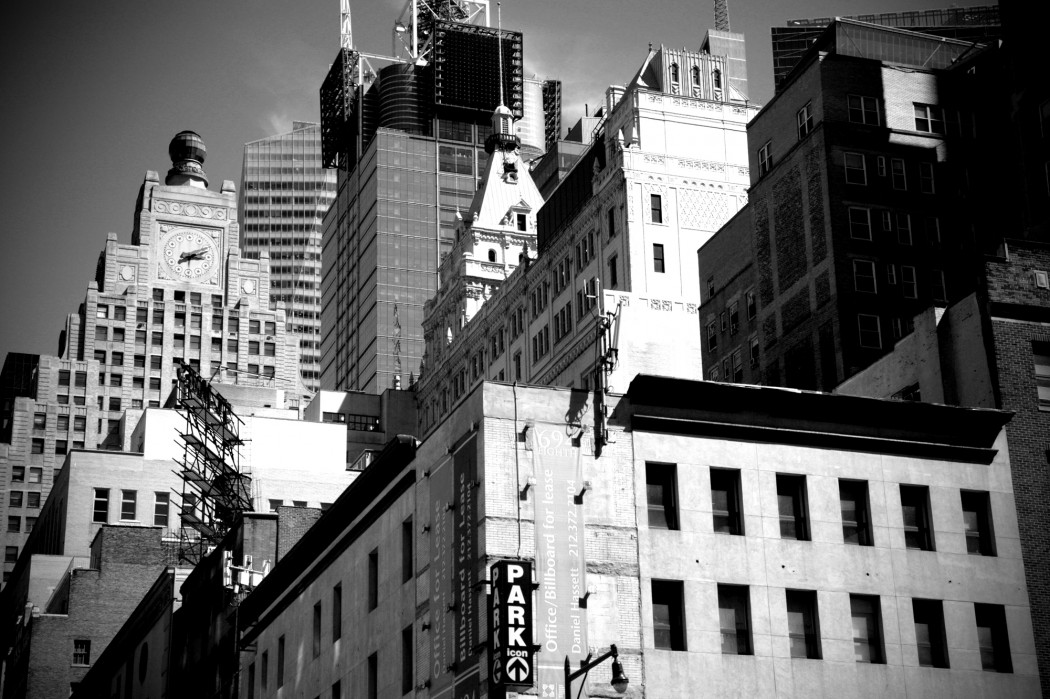 Around The World in 80 Minutes

An Irishman, a Mexican and a Chinaman get on a train. They’re joined by a bickering French couple; a black man with a shock of snow-white hair; a handful of very Caucasian ravers en route to a daytime party; a woman – I’d guess Somali – in a long, flowing abaya; a nervous-looking Asian man (perhaps Vietnamese) with high, hard cheekbones; a crumpled Indian grandmother with an unruly grandchild; and me, a greying Scot, enormously satisfied that Line 7 of the New York Subway, AKA The International Express, is as ethnically diverse as its nickname suggests.

It starts (or ends) in Manhattan traveling to (or from) Flushing in Queens, stopping in dozens of different ethnic neighbourhoods en route, making it a kind of haphazard tour through New York City’s remarkable multicultural spectrum.

I decide to start at the core of the Big Apple, at Times Square, Line 7’s most westerly point. You could argue that this is the most international station of all – to stand in the middle of that mad, neon place is to stand at the centre of humanity, with skins of every shade, faiths of every bent and some frankly extraordinary body shapes whirling around at every hour of the day. In the city that never sleeps, it is a hub of cosmopolitan insomniacs.

But frenetic as Time Square is, things become better defined once the train moves east, past Fifth Avenue and Grand Central Station, under the East River and into Queens. Since its foundation in 1624, New York has always been a city of immigrants, arriving in different frequencies from different parts of the world. People didn’t just land and stay in one spot – ghettos grew and diminished, settled and shifted. From the outset there was gradual migration as the city swallowed up more and more of its surroundings. It wasn’t a neatly-organised wave, but rather a pulsing, ever-evolving movement, more like a gradual tide.

If Manhattan is the epicentre, then the Line 7 stations and neighbourhoods closest to the river have seen the greatest migrations with Asians and Latin Americans spilling out towards Long Island. Prior to that, though, the Irish were here – and have largely remained in the Sunnyside neighbourhood, around the stations at 33rd and 40th Street, ever since.

Patrick McConville, proprietor of newly opened butchers the Meat Boutique, has been in New York for seven years, though his thick Galway accent makes it sound more like seven minutes. Save for being a doorman or contract killer, I can’t imagine him being anything other than a butcher. Bald, broad and built like a steamroller, you’d probably lose your hand at the wrist if you threw a punch at him. But there’s also a warmth with him, and though it pains me to say it, no small amount of Irish charm.

He sources his meat from upstate New York, as close as he can to the city (“Y’know I haven’t seen a cow in this town since I got here”) and sells it alongside an array of Irish goods which he imports for fellow expats. “There’s [Irish] folk come out from Manhattan, in from Long Island, up from Jersey – there’s a good catchment area. But it’s not all Irish people, we’re in between two or three stops for the train so at dinner time it’s just nuts. “

The Meat Boutique is wedged between two pubs, real Irish pubs, run and frequented by people from the homeland. “We’re very tight knit, y’know? But there’s a lot of Romanians and Albanians here too,” says the butcher. “It’s the mostly densely populated Romanian community in the US. But we all mix good, y’know?”

Within a few hundred yards there’s American Diner, a Hispanic barber, an Asian threading salon, the Spanish Theatre and a Colombian bakery. Just when I think I’ve worked out that this is now a predominantly Hispanic neighbourhood I come across the corner of 43rd Street which is variously populated by Bangladeshi, Thai and Middle Eastern restaurants.

This highlights perhaps most difficult thing about making multiple stops on the International Express: working out what to eat. In the interests of international diplomacy it seems only right to try as many dishes as possible, eating at virtually every stop, whether that’s a Lebanese manakeesh or a Mexican taco or a Sri Lankan daal or Cantonese dim sum or a Bhutanese curry or a Colombian empanada or an authentic Irish steak and Guiness pie.

Going into a supermarket doesn’t help much – the Romanian Market just outside 40th Street station is home to Transylvanian cheeses, but also offerings from Macedonia, Bulgaria and Greece, as well as sausages from Poland, Hungary and Albania.

The only constant amid all of this is the train, thundering overhead like a terrible storm, violently clattering through the stations as it boomerangs between Manhattan and Flushing. By Jackson Heights another very clear shift happens: before even exiting the station I catch a whiff of spices carrying on the breeze. For several blocks around the station, one of the city’s biggest South Asian communities brings a burst of colour, saffron-dyed beards and wizened yogis offering shonky advice to anyone willing to pay for it. It’s predominantly an Indian community, but many Nepalese, Pakistanis and Afghans have found a place here too.

It seems appropriate that by the time the train screeches to a halt at the permanently bustling Flushing Station (the busiest outside of Manhattan) the largest community hails from the Far East. New York has several Chinatowns, but this is its most modern having only really been established in the 1970s. Today over 40,000 Chinese immigrants live here, speaking at least ten different versions of their language, eating several kilometres of noodles and a few tonnes of dumplings every day. Unlike many Americanised versions of foreign cuisine (mayonnaise smothered sushi; pizza burgers) the Oriental food here remains utterly authentic, but not so strange that judges from the Zagat and Michelin guides are above recognising their high standard. Nan Xiang Xiao Long Bao is one of the best in the area, but to many it’s known simply as The Dumpling House.  That’s the trick on this line –to welcome everyone, to be truly international.

A version of this piece was published in Fairfax Media’s Traveller in August 2013.